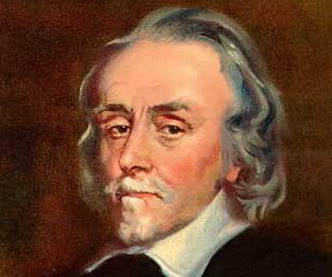 The great English physicist William Harvey, who described “blood circulation” and the function of the heart, was born in 1578 in Folkestone, England. The article was published in 1628. This book is considered to be the most important book in the history of anatomy. It proved to be a turning point in modern anatomy.
Its real significance lies not in its direct application but in the basic knowledge it provides us about the function of the human body.
For us today, the fact that blood circulates in the body is a very common thing. We will find Harvey’s theory very clear and true. But the answers are simple and clear to us today.
That was not so clear to previous biologists.
Prominent biologists used to express such thoughts: (1) Food enters the heart and is converted into blood. (2) The heart produces heat in the blood. (3) The arteries are filled with air. (4) The heart Creates the “basic spirits”. (5) Blood keeps going up and down in both the arteries and veins. Sometimes it flows towards the heart and sometimes in the opposite direction.
Galen, the great physicist of the ancient world, was a man who personally dissected men and carefully observed the heart and blood vessels.
He never thought that blood circulates. Nor did Aristotle come up with the idea, even though it was the subject of his interest. Even though this book was published, many physicists did not accept the idea that blood vessels in the human body. The heart is constantly moving in a finite system while the heart pushes and moves it.
Harvey first formulated the theory that blood circulation is based on a simple calculation of numbers.
He estimated that the amount of blood excreted by the heartbeat is about two ounces, while blood beats 72 times a minute. From simple calculations, we come to the conclusion that about 540 pounds of blood every hour. I excrete from the heart. But this amount is more than the total weight of a normal human body. While the total amount of blood is much more.
Suharway realized that the same blood kept coming out of the heart over and over again and that the circulation was circular. After formulating this assumption, he spent nine years in experiments and collected details about the circulation of blood.
In his book, Harvey clearly states that arteries carry blood beyond the spinal cord while veins carry it back to the heart. In the absence of a microscope, Harvey was unable to see the tiny blood vessels.
It carries blood from the tiniest veins to the arteries.
However, it accurately indicates their presence.
Harvey also said that the heart’s function is to expel blood from the coronary arteries. Harvey’s theory was correct at this important point. Furthermore, he has compiled a scroll of experimental evidence.
He opened a Brahmin office to defend his ideology. Initially, this ideology was strongly opposed. In the last years of his life, however, it was accepted.
Harvey also worked on embryology, which is less important than his research on the circulatory system, although he is not insignificant. He was a careful researcher. Published.
He literally introduced the modern embryology. Like Aristotle, who was greatly influenced by Harvey, he opposed pre-experimental embryology. It has a complete structure, which can be seen in an adult human. However, it is very rare. Harvey rightly claimed that the final structure of an embryo evolves gradually.
Harvey lived a long, interesting and successful life. As a young man, he enrolled at Cayes University’s Caius College. In 1600, he entered the Padua University in Italy to study medicine. It was considered the best medical institution. (It is noteworthy that Galileo was a professor at the same university at the time. It is not known if the two ever met).
In 1602, Harvey graduated with a degree in medicine from the University of Padua. He then returned to England. Where he lived a long and successful life as a physicist. His patients included people such as King James I and Charles I of England and eminent philosopher Francis Bacon. Harvey studied anatomy at the College of Physicians in London. He gave a lecture on “Al-Abadan”.
He was once elected president of the college (he resigned from his post). Her book on blood transfusions became popular throughout Europe. Harvey married but had no children. He died in London in 1657 at the age of 79.
SendShare234Tweet146Pin53Send