Why isn’t education our number one priority?

Why isn’t education our number one priority? 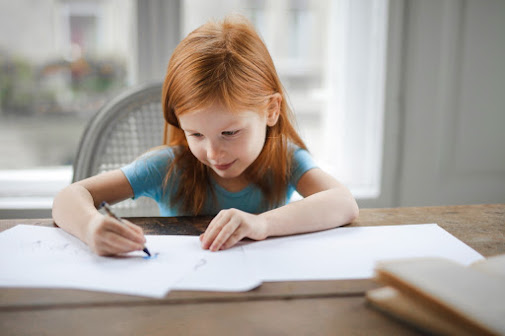 Surprisingly, it is in education and development. The nation that started with Iqra is the
backbone of any nation. Education is the backbone of any country. The development of a country and the mental evolution of its inhabitants is estimated It can be well applied from the educational level that the
the religion of Islam has emphasized education as much as hardly any other religion in the world has. The people of the universe are ordering their beloved Prophet Muhammad (peace be upon him) to recite in the first revelation Not just once, but three times. If the Creator is commanding to recite to such a great being for whom this world was created and settled, then do we not need education? And then the same entity is telling you to acquire knowledge from the lap to the grave. So it means that life is a process of learning which continues from the mother’s lap to the grave.
Here I would like to look at an incident from the life of the Prophet Muhammad (peace be upon him) that once the Prophet Muhammad (peace be upon him) visited a place, there were two gatherings of knowledge, and The second dhikr was mentioned. Hazrat Muhammad (peace be upon him) praised both of them and went and sat in the council of knowledge.
Consider the case of the Battle of Badr, where the infidels became prisoners. Of those who knew how to read and write, Prophet Muhammad (peace be upon him) told them to teach reading and writing to ten Muslim children as a ransom. About Hazrat Muhammad (peace be upon him) said many times that I have been sent as a teacher. Are we also paying the same attention to education?
States that want to develop or brighten their future promote education. Look at a state like Pakistan where the literacy rate is already very low. Millions of children do not go to school and those who are affiliated with educational institutions are sitting at home because of Corona.
It is very unfortunate that only the continuous closure of educational institutions due to Corona. It is noteworthy that markets, offices, markets and business establishments have all been reopened. But educational institutions are still closed from day one.
There is a virus that markets, markets and shops are being opened to defeat, but the educational institutions from which nations are built, a new generation is growing, they are being shut down and development and awareness are being talked about. Corona will spread more than just opening educational institutions. Wouldn’t the chaos and turmoil in the markets help to spread it? Or can the virus be controlled only by closing educational institutions? Is Corona only Pakistan? Have I come In the United States and European countries where thousands are dying every day, educational institutions are open because they know the value of education. In a country like the Islamic Republic of Pakistan
I urge the government of the day to open these educational institutions with some precautionary measures because if some precautionary measures can be taken to prevent this virus then it is very important to open educational institutions to avoid the virus-like ignorance. A poem by Muhammad Ajmal in the eyes of readers.
Education is also love, greatness is also
selfless service of miserable people,
education is also faith, discipline is also
character, belief is also, the connection of life is also
education, courage is also, determination and action is also
servitude, mercy is also, pleasure and grace. Even the
education of the ocean floor, the galaxy of space
which is beyond the stars, wherever there is
education, the thought of earning a living
, the search for burial underground, there is also
education, skill, perfection, even
if it is straight, then halal food.
Proud education is a light, a light,
every destination is far away without it.
30.37532169.345116
SendShare234Tweet146Pin53Send