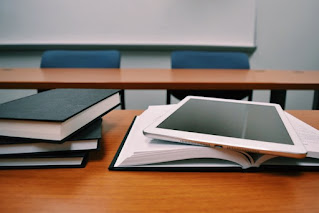 Q3: Was Alan a good painter? What makes you think that?
Ans: Yes, Alan was a good painter. He was a real master of his art because his beautiful and perfect pictures were eagerly sought after.

Q4: Describe the role of Colonel Martin in the story? Would you describe him as a negative character or not? Why?
Ans: The role of Colonel Martin in the story was negative. He was a greedy, dishonest, unpleasant and proud person. He was a high-profile man but when he saw the thriving business of Hughie, he quickly agreed to give his daughter’s hand in engagement but later when he came to know that Hughie was a poor man, then he was trying to delay his marriage.

Q5: Draw the character sketch of Erskine Hughie in the story?
Ans: Hughie Erskine was a handsome and charming man. He was generous but unlucky in money. He was a kind-hearted person towards other people.

Q7: What is the theme of the story “The Millionaire”?
Ans: The theme of the story “The Model Millionaire” represent the materialistic aspect of life. It also shows that one must have the kindness of heart as well. This story also shows and teaches us that rich people must know the proper ways to expand their wealth to help other needy people. It will give them spiritual satisfaction.

Direct and Indirect speech
A. Change the following Assertive sentences into Indirect speech.
1. Boys said, “It has been raining since morning. We cannot play today.
Indirect: Boys said that it had been raining since morning. They could not play that day.
2. She said to him, “I am leaving now and shall return after two hours”.
Indirect: She told him that she was leaving then and should return after two hours.
3. The girl said to me, “My father went to the market and brought toys for me”.
Indirect: The girl told me that her father had gone to the market and had brought toys for her.
4. Her husband said to her, “I shall not go to the office today as I am not feeling good”.
Indirect: Her husband told her that he should not go to the office as he was not feeling good.
5. My father said to me, “I fear that you have caught cold again”.
Indirect: My father told me that he feared that I had caught cold again.

B. Change the following interrogative sentences into Indirect speech.
1. The doctor said to his patient, “Are you taking the medicine prescribed to you regularly?
Indirect: The doctor asked his patient if he was taking the medicine prescribed to him regularly.
2. Her friend said to her, “Can you spare your book for me for a week?
Indirect: Her friend asked her whether she could spare her book for her for a week.
3.She said to him, “Can I do anything for you?
Indirect: She asked him if she could do anything for him.
4. His mother said to him, “Will you come home in the evening in time?
Indirect: His mother asked him if he would come home in the evening in time.
5. His friend said to him, “Did I not warn you against this beforehand?
Indirect: His friend asked him whether he had not warned him against that beforehand.