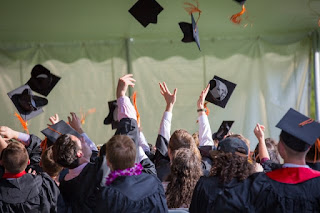 Q2: Hazrat Umar Farooq (RA) was one of those people who served the new religion with singleness of purpose. Describe the services of Hazrat Umar (RA) to Islam in the context of this statement?
Ans: Hazrat Umar (RA) led a very simple life and strictly followed the prophet’s teachings. He helped the prophet Muhammad (SAW) in difficult times. He participated in every war physically and economically. He served the Muslims as a servant, not as a ruler. He strictly believed in rule of law and justice.

Q3: Humility and simplicity were the hallmarks of Hazrat Umar’s (RA) rule. Support this view by giving evidence from the given text?
Ans: Humility and Simplicity were the great qualities of Umar’s (RA) personality. He led a simple life. His life standard was no higher than a common man. He wore a simple dress and ate simple food. Once a Roman Emperor was surprised to see him lying on the bare floor of the Masjid.

B. Form verbs from these words.

Active and Passive voice
A. Decide whether the sentences are written in Active or Passive.
B. Rewrite the following sentences so that the verbs will be in the active voice.
1. We are taught grammar by Mrs. Sikandar.
Mrs Sikandar teaches us grammar.
2. He was praised by the teacher.
The teacher praised him.
3. The injured were taken to the hospital by the firemen.
The firemen took the injured to the hospital.
4. The town was destroyed by an earthquake.
An earthquake destroyed the town.
5. The teacher was pleased with the boy’s work.
The boy’s work pleased the teacher.
6. The building was damaged by the fire.
The fire damaged the building.
7. By whom were you taught English?
Who taught you English?
8. You will be given a ticket by the manager.
The manager will give you a ticket.
SendShare234Tweet146Pin53Send