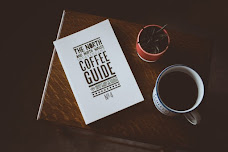 Q1: What is meant by simplicity and humility?
Ans: Simplicity is a characteristic of greatness. It means doing what is necessary and remaining balanced. Humility is the quality of being humble. Both these great virtues mean straight forward and having low views of one’s importance.

Q2: Describe in a few sentences, the lifestyle of Hazrat Muhammad (PBUH) in the light of the text that you have read?
Ans: The lifestyle of Hazrat Muhammad (PBUH) was simple and humble. He always ate simple food and wore simple clothes. He never searched for a prominent place in a gathering. His mattress was made of leather stuff and leaves of the date tree.

Q4: Read the last paragraph of the lesson “Simplicity and Humility of Hazrat Muhammad (PBUH)” with comprehension and write down the main idea and supporting details of the paragraph?
Ans: The main idea of the last paragraph is that we can learn a lot from the faultless qualities of Muhammad’s (PBUH).By adopting the qualities of humbleness and simplicity. we can improve our lives and can eradicate social evils like arrogance, pride, and extravagance. Simplicity and humility will correct our social behaviour.

Q5: How did Hazrat Muhammad (PBUH) treat his foster sister?
Ans: Hazrat Muhammad (PBUH) treated his foster sister with great respect. Whenever she came, he would stand up to receive her and would spread his sheet for her to sit.
B. Choose the correct option for the following statements.
1.(b) Led a simple life. 2.(d) Poor 3.(a) In the same way
4.(a) Without money 5.(c)Humility was the essential part of Rasool’s character.