Women’s Role in the Pakistan Movement 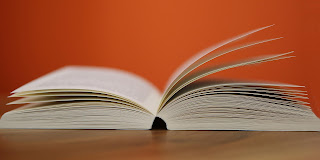 A. Answer the following questions.
Q1: How did Quaid-e-Azam empower & emancipate the Muslim women of the Sub-continent?

Ans: Quaid-e-Azam empowered & emancipated the Muslim women of the Sub-continent by stressing the importance of women as equal partners of men in the independence movement. For this purpose, he created All India Muslim Women’s sub-committee of the Muslim league.

Q4: Describe the role of women in the Pakistan Movement, highlighting their love and aspirations for the new homeland?
Ans: Women of the Sub-Continent played a vital role in the Pakistan Movement. Fatima Jinnah was the first woman to participate in political activities with her brother. Beside Fatima Jinnah, few other women were also showing their love, courage and commitment for the creation of new homeland. They bear a lot of hardships for this purpose.

B. Choose the correct option.

Adverb: A word that modifies the meaning of a verb, an adjective, or another adverb is called adverb. It is simply telling the readers how, where, when, or the degree at which something was done i.e. quickly, very, quite etc.
Adverbial: An adverbial is a word, phrase or a clause that can modify a verb, an adjective or a complete sentence.
A. Rewrite the complete sentence using the adverb in brackets in its usual position.
1. I must see a dentist. (also)
I must also see a dentist.
2. I was joking. (only)
I was only joking.
3. Did you enjoy the film? (both)
Did you both enjoy the film?
4. Javeria watches TV. (hardly)
Javeria hardly watches TV.
5. She drives her car. (carefully)
She drives her car carefully.

B. Form adverbs from these adjectives.
C. Complete the sentence using an adjective or adverb.
1. Hurriedly 2.Quiet 3. Happily 4.Well 5. Careful
D.Fill in the blanks with the correct comparative/superlative form of the adverb (in parentheses).
1. More slowly 2. Farther 3. Later 4. Well 5. More loudly
Adverb Phrase:
A prepositional phrase that modifies a verb, an adjective, or another adverb is called an adverb phrase.
E. Underline the adverb phrases in the following sentences:
Adverb clause:
An adverb clause is a group of words that is used to change or qualify the meaning of an adjective, a verb, another adverb or any other type of word or phrase with the exception of determiners and adjectives that directly modify nouns.
F. Underline the adverb clause in the following sentences:
1. Whether you like it or not, you have to go to bed now.
2. Unless you run fast, you will miss the bus.
3. Once they saw the car coming, the birds flew away from the street.
4. Although she has a business degree, she is working as a clerk.
5.You must keep practicing the math questions until you get it right.
6.Give us a call, when you get back from your trip.
7. Since I’II be working late, I’II eat dinner in the office.
8. The fireworks show will start after the sun goes down.

9. Whenever you promise to do something, you need to keep it