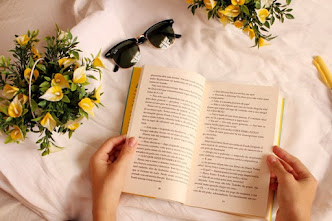 Q1. What is the significance of the title “The Champions”?
Ans: The significance of the title “The Champions” is the story about a boxing contest between two deep friends, in which the winner has to represent Pakistan in the world boxing championship in the lightweight category.
Q2. What was the dream of Ahmad Ali and Gul Sher?
Ans: Ahmad Ali and Gul Sher had a dream of someday becoming lightweight boxing champion of the world.
Q3. Why was the fight so important for both Ali and Gul Sher?
Ans: The fight was very important for both boxers because the contest was actually for the selection of world boxing champion. They both were dreaming to win it.
Q4. How did the two friends fight? Describe in five sentences.
Ans: Both the friends fought bravely. They rushed towards each other like bulls and pounded blows on each other like hailstones. They give a tough time to each other in the ring. In the end, they sacrificed the championship for their friendship.
Q5. Compare and contrast the characters of Ali and Gul?
Ans: Gul Sher was fair, lean and lanky. His hair was always falling over his eyes. Ali was Sheedi, dark, short and strong. His hair was in a natural Afro style. They have many common qualities but their boxing style was different from each other. They both know, how to win the fight.
Q6. Is there any conflict in the story? If yes, describe it in detail.
Ans: Yes, there is a conflict in the story. One conflict is the boxing contest between the two fast friends. They both worried about how to face each other in the ring. They were restless to think about the effect of the fight on their friendship.
Q7. What was the effect of the fight on the relationship between the two friends?
Ans: Both the boxers were good friends. They were greatly worried about their boxing contest. They know that the fight will not affect their relationship. They fought bravely, as they knew that the better men should win the contest.
Q8. Keeping in view the relationship between the two friends, is it easier or harder for them to fight each other? Support your answer by giving references from the text.
Ans: As we know that both the boxers were good friends, so it was hard for them to fight against each other. Before the fight, they were really restless and they often told each other about the mental conditions of their own. They really didn’t want to disturb their friendship.
Q9. Are you satisfied with the ending? Support your response with cogent arguments.
Ans: Yes, we are satisfied with the ending of the story. Both boxers showed their courage, strength and skills. At the end of the story their friendship win over the boxing championship.

B. Choose the correct option for the following statements.

Ans: 1. (b) He was tall, skinny with long arms. 2.(c) small and well-built
3. (b) Communication gap was increasing between them.
4. (d) Friendship was greater than winning the fight.
5. (d) He was disturbed about the effects of the forthcoming fight on their
Friendship.