Recently, the soldiers fell in love with Maqbool Hussainullah. The immortal sacrifice made for the motherland of this man Mujahid, who chanted the slogan “Long live Pakistan” in the captivity of the enemy for forty years, raised the heads of all the people of the country with pride and refreshed the enthusiasm in the hearts that whenever the homeland Aziz needed us, we will not hesitate to shower our lives on him. Thus, the deeds of the sons of Pakistan’s armed forces are obvious to all, but there are also many defectors whose battles few people know about. So, today we tell you about some of the historical characters whose heroism was acknowledged by the enemy himself. 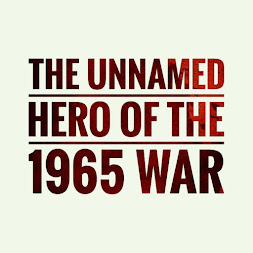 The Indo-Pak war of 1965 was the first full-fledged war between the two countries. Indian planners had planned to attack Pakistan on the night of September 6. Meanwhile, Indian Army spies were on their way back to Shalamar Bagh and when they returned, they informed their commanders about the situation, which was quite pleasant.
The Pakistani army was present in the barracks and the attack on the morning of September 6 was definitely a success. In such a situation, the celebration of victory in the gymnasium and the appointment of a civilian administrator of Lahore was not a big dream of a madman but a dream which was interrupted only for a few hours of the night. On September 6 and 7, the Indians tried hard to cross the BRB, but were thwarted by joint efforts by the Pakistan Army and Air Force. At a time when the Pakistani military was focused on defending Lahore, the first Indian armored division was stationed near Charwa, northeast of Sialkot.
His plan was to seize the Marala Link Canal in a full-scale offensive on September 8, and then the way forward was smooth and free of any Pakistani resistance. With the success of this plan, the Indian army would not only be behind the Pakistani army, but it would then be able to advance either to Lahore or Islamabad. But the brave grandsons of the Pakistani forces thwarted the enemy’s plan, grinding his teeth so much that he remembered the holiday milk.
Col. Nisar Ahmad Khan
The commander of the 24th Brigade, Brigadier Abdul Ali Malik, ordered his only tank regiment, 25 Cavalry, to reach Pasrur at 2 pm on September 7, and by 5 am on September 8, two of the three squadrons of 25 Cavalry had reached Pasrur.
At six o’clock, it was reported that the enemy had captured the area of ​​the three FFs, which had been deployed to defend Charwa and the surrounding area. Two enemy brigades were taking part in the attack and the three FFs had nothing to do with their collective strength. Ordered them to “do something.” Pakistan was fortunate that 25 Cavalry was a new but very good tank regiment and its officers were experts in their work.
Colonel Nisar had no knowledge of the enemy’s strength and intentions. At this critical juncture, Colonel Nisar took an unexpected step. Instead of assembling and using their tanks, they spread their three squadrons in a straight line from Tharova to Chobara as if setting up a wall of tanks.
Opposite them was India’s first armored brigade, led by three tank regiments and at least one infantry regiment attacker to assist them. At ten o’clock in the afternoon, 25 Cavalry encountered these regiments, and then in the words of an Indian historian, “We lost more tanks in battle than the total number of 25 Cavalry tanks.” Colonel Nisar’s ploy to spread his squadron and use it was so dangerous that if any squadron was completely destroyed, it would be impossible to stop the enemy, but the advantage was that on that day the enemy tried to advance from any place. Cavalry tanks were found competing with him.
The enemy concluded that a large number of Pakistani tanks were stationed to defend the area and the Indians stopped their attack till evening. There were bloody battles in the coming days but the Indians could not move forward. According to the BBC, the credit for all this goes to 25 Cavalry, especially its commander, Colonel Nisar Ahmad Khan, who, when Pakistan’s fortunes hung in the air with a thin thread, made an unexpected move to the enemy. The power of decision froze.
This bold step of theirs saved Pakistan. Otherwise, if the enemy had found a way to advance on that day, the map of Pakistan would have been different. The field was clear beyond Pasrur. In this context, it is not wrong for war historians to say that what the Pakistani army did in September 1965 will be very difficult to repeat in the history of wars.
Wing Commander Marion Leslie Middlecott 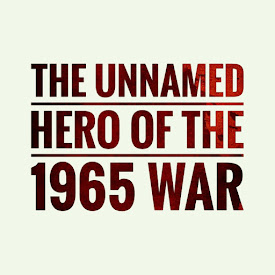 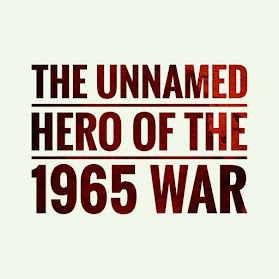 In my childhood, a man who had a seemingly mystical appearance, with big white hair, a long white beard, holding a cane in his hands, and dressed like a dervish on his body, wearing a dervish-like hat on his head, came to our street. They used to go to the bazaar after passing through. As soon as they saw Babaji from afar, all the children of the neighborhood would run towards him and the children would start running to see who would greet Babaji first. Babaji treated all the children with great compassion, loved them and put his hands in his pockets, giving some toffees, some beers, some biscuits. This dervish figure is not an ordinary person but a national hero among us who we have all forgotten. This is Subedar Malik Sherbaz Khan who is a resident of Hussainabad neighborhood of “Mere Jund” and is very ill nowadays.
Subedar Malik Sher Baz Khan was born on June 1, 1930 in Jund Tehsil, Attock District. This was a time when India was not divided and Muslims, Hindus, Sikhs and Christians all lived together. Subedar Sahib received his early education at SD High School (Sanata Dharma) High School Jund. Jund High School No. 1 was formerly known as Sanata Dharma High School and at that time it was the private school of Sanatami, a Hindu tribe, where people from far-flung areas of Narda Khoshlagarh, Nakband area Jundal used to get education. Come According to Malik Sherbaz Sahib, Muslims were not so wealthy at that time while Hindus were businessmen and wealthy people at that time, so all the educational expenses of Muslim students were borne by Hindu businessmen.
The school at that time taught in Urdu, Hindi and Persian. According to Malik Sherbaz Sahib, at that time our headmaster Pandit Amarnath used to have special affection for me and he was my favorite teacher. After passing the matriculation examination in 1948, Malik Sahib applied as a commissioned officer in the Pakistan Army but could not succeed. He then enlisted as a soldier at the Armed Corps Center in Nowshera. According to Malik Sahib, “If I had wanted, the Tehsildar could have been recruited for another post at that time, but the forces preferred the army because of their love for Pakistan.” Malik Sahib said that at that time Colonel Straut was his army instructor. After completing his training, he moved to Lahore.
When the Special Services Group was formed in 1954, you joined it. Trained at Charat Training Center. In 1962, he performed a parachute jump in Kamra. Malik Sher Baz Sahib says, “When the war broke out in 1965, we were in Charat. We have been informed that India has attacked Pakistan. We were 11 commandos, grouped together. I was the head of this group. We were parachuted to Adampur Airport in Hoshiarpur District of Indian Punjab on the night of September 8, 1965 and we soon captured the airport in commando action and defused two Indian Air Force planes. We fought hard against the Indian forces and occupied the airbase till the end of the war. When the ceasefire ended, we were told to surrender and we made arrests and we were imprisoned in New Delhi, the capital of India.
Later, when the prisoners were exchanged, we were released. When we were released and returned, no special reception was given, only that the country was poor and war-torn. We have nothing, just thank you for this good and brave work. ” Malik Sherbaz says that “when we were in Charat, former President General Pervez Musharraf came to us as a cadet for training. He was very young.” Malik Sherbaz says that “Pervez Musharraf was lost twice in the forests of Charat and I found him myself and since then he has been friends with General Musharraf for a long time. After the martial law, when he called his loyal friends for consultation, I was also among them. Malik Sherbaz Sahib retired from the Army in 1968, but he still served in the 1971 war on the Kasur front.
According to Malik Sherbaz, when he was an employee, people were simple, clear-minded and brave, now people are no more. According to him, General Mirza Aslam Baig was a very capable army officer. “There is a big difference between the army then and today,” he added. At the time, resources were scarce and people were sincere. ” Malik Sher Baz Sahib remained attached to various departments of the Army even after retirement and devoted his entire life to the service of the country and the nation. He is very ill at the moment and spends time at home. He is very interested in confessions and enjoys reading English magazines and books. There is a need to introduce a new generation of such great men and for the Government of Pakistan to announce a Medal of Courage for them and to make such achievements part of the military history and curriculum.
SendShare234Tweet146Pin53Send