The Story of the Aged Mother

by admin
in Uncategorized
0
Human nature is also amazing. Sometimes it makes wonderful decisions and sometimes it adopts a lifestyle that is not worthy of it. Modernity, modernism and rapid development have had a profound effect on the lives of human beings on the planet. 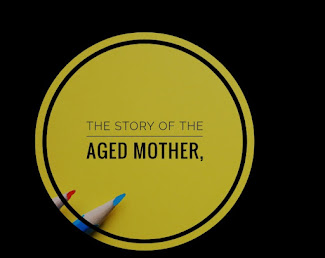 Have compiled  Sincerity, loyalty and the strength and sanctity of relationships are now rarely seen anywhere in human society as if these factors have now become the dream of a madman in human society.  The children of lived under the roof of the same house with great love and affection. That was also the time. Today, even the children of Tosgi sometimes do not tolerate their parents with them.
This is the story of an old mother who, at the age of 80, is forced to stumble into exile because of the neglect of her own children.  Khadim Hussain Dhamra, a teacher from our low-lying area, is considered to be one of the most educated and conscientious people. After retirement from the education department, he became involved in his native profession of agriculture.  Like I have in mind, they are obsessed with good books. They often say that whenever a good book comes in the market.  I must give it to Ustad Ji. Allah Almighty has blessed him with his special grace regarding health.  Despite reaching the age of 65, he looks young due to his enviable health.  On this day, when I approached Mr. Zia Shahid to hold the book “Ami Jan” in his hands as a gift to the teacher, he looked at the title of the book and discussed the changing social values ​​and human attitudes.  He also gave me advice and introduced me to a woman who has been living in his house for the last two years. 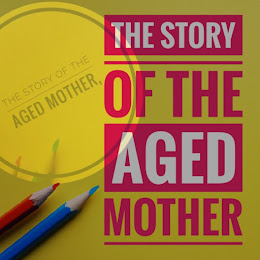 Mai was sitting in front of the bed next to Ustad Ji’s bed, listening to her sad story and I was breaking inside as I listened to her sad story. Mai said that she had a daughter and two sons.  She fell in love with Allah before marriage while my two sons are living a happy life with their wives and children.  Both are government employees and each has a monthly income of Rs 30,000 to Rs 40,000 but they have never felt ashamed or ashamed that their real mother is fed up with the situation and is living somewhere else instead of living with them.  Tears were pouring from her eyes like rain on her wrinkled face. She addressed me in a full voice.  Son, this is the condition of today’s children! I worked hard and adorned both my sons with education. Sometimes I had to sell chicken eggs and pay their tuition fees and college fees, sometimes I had to borrow money from a neighbor to pay for their admission.
Manages  When his father passed away from his childhood, all the responsibility fell on my feeble shoulders and I did not allow any shortcoming in his upbringing and education.  Today I am in exile as a mother of two young sons, they have no place to cover my head.
May it be Master Sai who provided shelter for me to spend the rest of my life with dignity under human sympathy. Living in the house of Master Ji, it has been two years since today and he has given me love, respect and honor more than real meat.  Whenever I get sick, Master G leaves all the work and goes to get my medicine first. He keeps a separate milk for me and makes fresh bread and often eats with me.
When I heard all this, I was amazed at the coldness of human behavior and the state of affairs. I began to wonder what would happen to the children who would treat their old parents like this today.
SendShare234Tweet146Pin53Send