The great and incomparable deeds of Hazrat Abu Bakr’s caliphate

The great and incomparable deeds of Hazrat Abu Bakr’s caliphate

His name is Abdullah, his surname is Abu Bakr and his title is Siddiq. His father’s name was Qahafa. 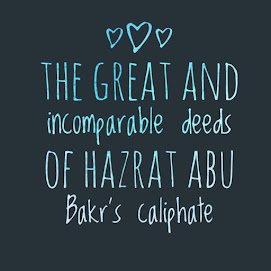