The Fall of the Ottoman Empire

The Fall of the Ottoman Empire 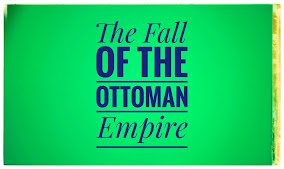 2.1 The Development of the European
Nations At the beginning of the modern era, the Ottoman Empire was a barrier to the Islamic world, occupying all Muslim territories in Beirut and East T. However, the intellectual and industrial revolution in the Western nations  The tremendous immediate force that was created weakened the foundations of ideal leadership.
The shift in the balance of power was such that when the Ottoman forces failed in their last attempt to conquer Vienna in 1683, the dangers to the empire increased, as evidenced by the wars with Russia over a period of two hundred years.
Happened  Along with the immediate weakness, the Muslims were left behind in the industrial and political spheres, due to which they were defeated by the European nations in every sphere of life.
22 – Weakness of Administration
The decline of the Ottoman Empire was driven by a number of internal and external factors.  The formation of the administrative structure of the empire was due to the period of conquests.  At the end of the seventeenth century, when the series of conquests came to a halt, the administrative finances of the immediate formation of the Ottoman Empire became less and less, so that all doubts of life were affected.
In times of political stagnation and decline, political insight and managerial ability were necessary to bring about the necessary changes in the administrative structure, but unfortunately Suleiman the Magnificent emperors had these qualities.
This can be gauged from the fact that after the death of Solomon, by the end of the eighteenth century, the Fourth World had ascended the throne, four of which had been depleted by bullets and water.
SendShare234Tweet146Pin53Send