The creator of the word Pakistan, Chaudhry Rehmat Ali 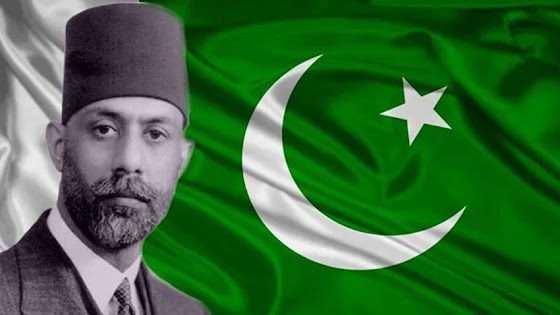 Conscious nations never forget the services of their benefactors but always remember them. Chaudhry Rehmat Ali, one of the founders of the Tehreek-e-Pakistan and the proponent of naming Pakistan, is a true hero and benefactor of Pakistan, who first proposed at the inaugural session of Bazm Shibli at Islamia College Lahore in 1915 that India The northern areas of India should be turned into a Muslim state. “The northern region of India is an Islamic region.

We will turn it into an Islamic state, but it can only happen when the people of that region disassociate themselves from the rest of India,” he said. The best thing for Islam and for us is to get rid of Indianness as soon as possible. ” Chaudhry Rehmat Ali was born on November 16, 1897 in the village of Moharan in Hoshiarpur district of East Punjab to Haji Shah Gujjar, a middle class landowner. He received his early education from a religious school. While matriculated from Anglo-Sanskrit High School, Jalandhar. In 1914 he came to Lahore for further studies and entered Islamia College Lahore.

He was the editor of Islamia College’s magazine “The Crescent” and the author of several books on students, writing pamphlets on The Fatherland of Pakistan Nation, Muslimism and Indusism. During his student days, he founded Bazm Shibli in Islamia College as he was very much influenced by Maulana Shibli and then from this Bazm platform introduced the idea of partition of India in 1915.

After completing his BA in 1918, he started his career as an Assistant Editor in the Kashmir Gazette of Mr. Muhammad Din Fauq. In 1928, he became a lecturer at Aitchison College.

Shortly afterwards, he moved to England, where he earned advanced degrees in law and politics from Cambridge and Dublin universities. Thus, in 1933, he formed an organization of students from the subcontinent called the Pakistan National Liberation Movement.

Chaudhry Rahmat in 1933 Ali published his famous pamphlet “Now Are Never” (now or never) on the occasion of the Second Round Table Conference, in which the word Pakistan was used for the first time, which proved to be the fortified wall of the Tehreek-e-Pakistan. Muslims and other nations of the subcontinent became acquainted with the word “Pakistan”.

According to you, you got this name from Punjab (P), Afghanistan (a) Kashmir (c) Sindh (S) and Balochistan (Tan) where Muslims 1200 He has been living for years, which is why he is called the first Pakistani in the world. He also presented a map of three countries under the names of Pakistan, Bangladesh and Ottoman.

In Pakistan, including Kashmir, Punjab, Delhi, NWFP, Balochistan. And Sindh. Bengal included Bengal, Bihar and Assam. He also renamed the Deccan state as Ottoman Empire. He started a weekly newspaper “Pakistan” from Cambridge in 1935, and traveled to Germany and France to make his voice heard. Promised help against the British. He also traveled to the United States and Japan in this regard.

Chaudhry Rehmat Ali wanted to visit Lahore on March 23, 1940 to attend the 34th Annual Meeting of the All India Muslim League. Entry banned. Finally, on August 14, 1947, the name suggested by Chaudhry Rehmat Ali came to fruition. Pakistan came into being, but he was not satisfied with the geographical position of Pakistan. He visited Pakistan in April 1948 but after the death of Quaid-e-Azam he returned to England disappointed with the attitude of the Muslim League leadership.

I died in a world of poverty, misery and disease. The body of Chaudhry Rehmat Ali was buried Amanata is buried in Cambridge Cemetery, England. Chaudhry Rehmat Ali was a very important figure in the world of Islam. Due to his timeless services, hard work and struggle, today millions of Muslims of the Islamic Republic of Pakistan are breathing freedom.