Principal 1:Have a sincere, unwavering intention. Prophet Muhammad said, “Everyone will be rewarded for what he intended” (Muslim). For this, a determination is required in the heart to work permanently or to refrain from any work only for the sake of God. A sign of sincere intent is that no one changes their resolve for the sake of speed. God, what has been done for the sake of truth, should not be abandoned to please His creatures.

Principal 2: Work wholeheartedly for God, without (a) partners or partners. Prophet Muhammad said: “Worship God as if you see Him, but if you do not see Him (know) He sees you” (Muslim) The sign of working purely for God is that the truth To accept nothing but the truth, and to see everything as useless and dull. As the Prophet said, “Let the slave of the dinar perish” (Bukhari). One should be careful not to get involved in suspicious matters. As the Prophet Muhammad: “Leave what is in doubt” (Tirmidhi and Nisa’i).

Principal 3: Connect your desires with the guiding principles and rules of Shariah (Islamic law). Work patiently in times of hardship and difficulty when struggling with personal desires, and avoid sinful deeds and pleasures. Anyone who practices it regularly reaches the state from which he is asleep, as if he were awake [worship], mingling with people as if he were desolate, as if in fulfilment. He was hungry, as if he had been humiliated, and as if talking to others, he was silent.

Principal 4:Make one’s actions the basis of following [the Prophet’s methods and scholarly opinions], not innovation. It prevents you from following your desires and being proud of your opinion. Of course, a person who considers himself the ruler will not succeed.

Principal 5: Have high expectations, and don’t delay. It is said: “Do not leave today’s work until tomorrow,” because there is mutual action. And he who is satisfied with the lower [rank] will lose the higher rank. 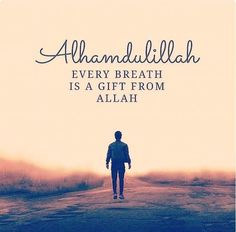 Principal 6: Be aware of someone’s incompetence and shortcomings. This is not a sign of laziness in worship or lack of productivity at work. It is about realizing that no one is able to do anything without the help of God, the most capable, and the most generous God. This awareness is also seen in looking at other people with respect because people are helpers and helpers of each other in the way of God, who is the greatest and greatest of grace.

Principal 7:Have fear and hope, and do not believe that your good deeds will be accepted until you bear witness to it [on the Day of Resurrection]. One hopes that it is not because of good deeds itself, but because God Himself is the Most Merciful and Compassionate.

Principal 8: Be in harmony with one’s veil (worship of permanent worship), because the one without the veil has no additional means of God’s help. By wandering, the soul opens up in public and private. It cares more about the rights of others. It grows into loving and hating others who love or hate themselves. Also, the existence of this darkness does one more thing to please God, just as a person would like God to do for him what pleases him.

Principal 9: Constantly observe your deeds and do not shy away from the remembrance of God. The one who always obeys his heart for the sake of God and does not allow anyone other than God to enter his heart is the one who really found God did him a favour and reached the trustworthy. Knowledge).

It is seen in seeing God as the Almighty or the Ruler of everything that still exists or exists around us. One’s intelligence increases from there until one realize that God is the Sustainer of all things, so his interaction with creation is characteristic of the best morals. The Prophet (peace and blessings of Allaah be upon him) said: My Lord has taught me good manners, and He has given me the best of manners.

Principal 10: Knowing what one should possess, internally and externally, a person who thinks that he does not need to obey [God and His Messenger] is contrary to God’s Word.