This is before Pakistan was formed. A child was walking on the side of the road when suddenly a car coming from behind hit him. He started bleeding from his head and he started crying. Seeing the Muslim child crying, he said sarcastically: 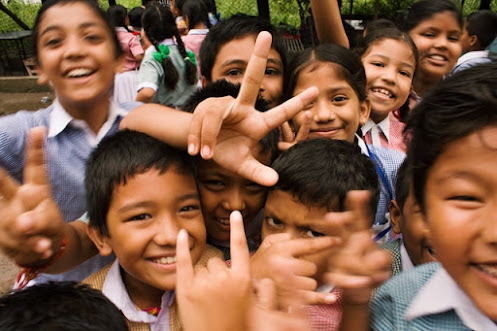 “Are you crying as a Muslim?”

The child heard this and replied: “I am crying because the blood I had saved for Pakistan is now gone. The road is wasted.

When the Quaid-e-Azam heard this incident, he said: “The nation in which such children are born cannot be subjugated for long.” In order to get their homeland, a Muslim had to go through a difficult phase. All the Muslims of the subcontinent participated in large numbers.

He used to take big things from the innocent words of children. The Quaid-e-Azam was returning from attending a meeting of the Muslim League in 1967 when he passed by a town on the way. There the Muslims gave him a warm welcome. An eight-year-old boy with only one lungi on his body, loudly chanted “Pakistan Zindaabad”.

When the Quaid’s eyes fell on him, he stopped his car and asked the boy to bring him closer to him. Some people brought him to the Quaid. They brought him to the Quaid. The Quaid asked: “What do you mean by Pakistan?” At first he was nervous, but at the Quaid’s compassion and encouragement from other people, he replied: “You know better what Pakistan means. We only understand that where there is a Muslim government, there is Pakistan and where there is a non-Muslim government. Let there be a government, India.

A delegation of journalists was also traveling with the Quaid. So the Quaid addressed the journalists there and said: “Go, tell Mr. Gandhi that even an eight-year-old Muslim child understands the meaning of Pakistan. If he now If they do not understand, it means that they understand well, but do not want to admit.

When this incident was covered in the newspaper, it passed through the eyes of Gandhiji. After attending a large public meeting in Delhi, when the Quaid-e-Azam started walking back from the venue, a poor man stepped forward and talked to the assembly for a while. Arriving at a separate place, the man said that he lives in a village a few miles away from Delhi.

Her daughter has drawn a map of Pakistan on a handkerchief and wants to give it to you with her own hand. She has sent me to go and call Quaid-e-Azam. There was so much love and devotion in this sentence that Quaid-e-Azam was ready immediately. Arriving at his house, a thirteen-year-old girl handed him a handkerchief behind a curtain.

Quaid-e-Azam was very happy to see the map of Pakistan on the handkerchief and assured the girl that this handkerchief would be of great use to the Tehreek-e-Pakistan. If they give up their demand for Pakistan, the Congress is ready to pay them the highest price.

Even if the Quaid-e-Azam is willing to be made the Governor-General of United India, the Quaid-e-Azam asked him to reply the next day. Gone, when Quaid-e-Azam gave the same handkerchief to Wavell in reply and said: “Pakistan’s demand is not only the demand of Jinnah but also the demand of 100 million Muslims, which is ingrained in their blood and now the girls of the village are also free.” From time to time, the map of Pakistan is painted on the handkerchief.

You want to make a deal for Pakistan with me, the sooner it gets out of your mind, the better. ”The children had a lot of love and devotion for Quaid-e-Azam. Once Quaid-e-Azam was travelling in a busy train in connection with Tehreek-e-Pakistan. Were

The night was very dark and cold. It was more than midnight when the car stopped at a station and knocked on the window glass near the seat of the Grand Apostle. Your companions panicked and asked you to leave the window closed. But when the brave leader signaled the opening of the window, he saw two small children wrapped in sheets standing in the bitter cold and saluting you.

You asked: “What are you doing here at night in such cold weather?” The children replied: “We have come to see you. Arrive here at this time and we will meet you.

The Quaid asked: “Brother, why do you want to meet me?” The answer was: “Because you are building Pakistan for us.” On one occasion, the Quaid-e-Azam said: “Muslim children now have a national feeling. These children and young people will carry the banner of Tehreek-e-Pakistan.

“Young children and youth fully supported their leader in the Tehreek-e-Pakistan and took part in the struggle for Pakistan. Innocent children prayed and chanted slogans for Pakistan. Thus, Allah Almighty gave Muslims in the form of Pakistan on Shab-e-Qadr. Gave a great gift.