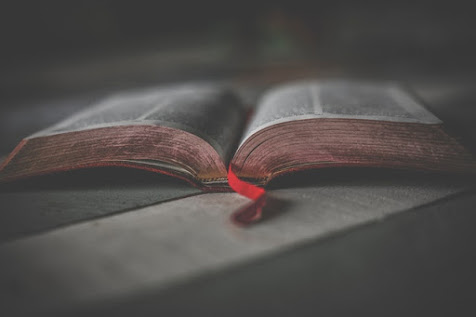 Ahmed Sahib was a terrifying person of the whole area and owned half of the land of the village. He also had two big gardens in the village in which there were various kinds of fruit trees. Allah had blessed him with every blessing of the world. Was not

Apart from the garden, there are far-flung fields. Every kind of production was on the rise. And from this land, all kinds of necessities of life were available to them. At that time, the British ruled. ۔

It was not customary to teach women.

They were taught only the recitation of the Qur’an and prayers. The village grew well, but there was no school for boys or a hospital.

Even if the condition was very bad, the women would not be taken to the city for treatment because there was no road and no transport.

The journey on the bullock cart becomes very long and the patient dies on the way.

Ahmed Sahib lived in this village with his family. He owned more than half of the land of the village. Only girls were among his children. They had six daughters but died at the age of two or three.

Now only two daughters were left, one was fifteen years old and the other was nine years old. He had also educated his daughters only in housework. He did not think it was appropriate to teach girls.

Now they were looking for a relationship with the older girl.

But when a relationship came. They liked the little one even though she was only nine years old. So the relationship was rejected.

A relationship came from a nearby village for a sister who was very good in every way so the eldest daughter was married.

Chhoti was only nine years old but very good relations were coming for her. There was another landlord in the same village who had passed away.

He had only one son who was only fifteen years old and was studying in a good school in the city.

He was also a wealthy family of this village. He owned half of the land of the village. He himself had died. Begum was alive and was raising her son in a very good way.

He only wanted his son to get married. He sent a relationship to Ahmed Sahib’s house.

The relationship was proper and it was only a matter of marriage, so the boy accepted was good in every way, was the sole heir to the property and was also fine in terms of age.

The marriage leave was taken when he was older. When the 11-year-old girl was born again, he became hopeful. Just a few days before the birth, a big accident happened.

Her second daughter, who was just eleven years old, had a husband who was studying in the city.

Suddenly he became very ill and he died of this disease. Both the families were terrified. The mother of the boy could not bear this trauma and she passed away. In this sudden accident, the mother of the girl died. Gave birth to a daughter

The eldest daughter, who was working at home, had become a mother of two by that time.

Somehow the whole family was shocked at how the little girl would spend her whole life because the second marriage in their family was considered flawed. The girl was so small and insane that she had no idea of ​​the grief that would fall on her.

When she was dressed in white and her bangles were broken, she hid in the room in grief. She had no idea of ​​the grief that was happening to her. She was screaming that I will not let the bangles break.

I will not wear a white scarf.

He also gave his sons a very good and high education. The boy with whom his youngest daughter had a relationship was himself a high-ranking government official.

As long as Ahmed was alive, he was not allowed to go to his sister’s house. She always stayed in the village.

After her death, her younger sister took her with her. Now she was raising her younger sister’s children. Maybe that was her destiny. She had a lot of wealth but she could never have the joys of married life. ۔

The sister’s husband and their children always respected her.

I loved her more than my mother and called her my mother.

She passed away in 1975 at the age of about 90. And she left her sister’s house for her eternal home. May Allah grant her the best and highest rank in His mercy. Amen.