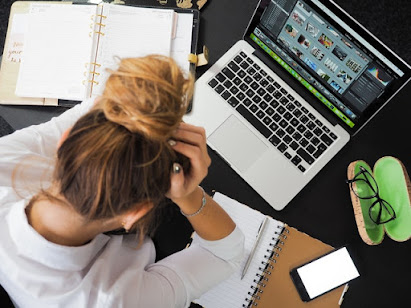 Man has a very strange nature. Sometimes the greatest sorrow does not spoil him and sometimes even the slightest happiness cannot be tolerated and his heart stops beating. Something similar happened to me.

I was stunned to see the cleansing of excessive obedience to human behaviour. Now you will decide what to call this behaviour. What happened was that I was resting in my house when a slave Qadir, who was my childhood friend and also the vadera of his area, got a call from him and he said.

“Tomorrow is Sunday. You have a holiday. Come with me to the village. I want to show you the new lands I have acquired.” At first, I was not in the mood, but at his insistence, I agreed, but on the condition that he He will send me back to the city at night.

Because the next day I had an office, it was impossible to get a vacation in a new job. Ghulam Qadir promised that after praying Fajr prayers on Sunday morning, we would leave for the village. After the journey, we reached the village.

Jamal, you must be tired. Rest for a while. Get ready after eating. I will show you my agricultural lands.

My back was really flattened while sitting in the car. This offer of his seemed golden, so I immediately got supportive. After resting for an hour, I got up, took a bath and was refreshed.

He had just finished praying when the employee brought him hot food.

“Where is your master?” I asked the employee.

“Just start, they are coming.” The employee had just finished talking when Ghulam Qadir also came.

We made a chicken embroidery which was made in desi ghee. We worshipped the stomach with cornbread, head greens and a jug full of lassi. Then Ghulam Qadir put me in the car and went inside the house himself. I sat in the car far away. He began to look at the green fields; it must have been a while before Ghulam Qadir came out.

He was accompanied by a thin, thirteen-year-old boy. He came close to the car with the child wrapped around him. I also got out of the car and got out.

“Jamal, meet my son Ghulam Muhammad.” The boy extended his hand towards me and greeted me.

After shaking hands with Ghulam Muhammad, I placed my hand on his head and prayed that he was a copy of my father, but I felt that he was more resourceful and quiet than his age.

“Yar Jamal” Ghulam Muhammad is my only son and everything belongs to him.

Ghulam Qadir said lovingly looking at his son. I also smiled and looked at Ghulam Muhammad. There was a lot of pause in his black shining eyes.

“The only thing I can tell my son is that no matter what the job is, never give up, don’t waste time, man is gone, but his work always remains.

“This is absolutely true.” I lovingly placed my hand on Ghulam Muhammad’s head. He smiled softly and stood more close to his father. Then we left for the land. In fact, Ghulam Qadir’s The area was very green.

After walking some distance, the car stopped. We all got out of the car, then Ghulam Qadir said to me.

“Jamal, as far as your eyes can see, these are all my lands, these fruits, these trees, fields, forests, gardens and animals are all mine.

Nothing can happen here without my consent. ”At that time, Ghulam Qadir had a triumphant glow on his face.

“I have been handling all this since the death of my father and it has increased a lot and now my son will take care of it after me.

He said looking at his son with loving eyes. Suddenly the sound of bullets coming from an unknown direction started coming and I became very scared. Ghulam Qadir’s guards got down and took a position. ۔

Ghulam Qadir found me frightened and said. He and Ghulam Muhammad were standing completely satisfied. I was even more frightened when I saw their satisfaction. The guards were firing in different directions. The whole atmosphere was resounding with the crackling of bullets.

“These are thieves who live in a cycle of stealing crops. A thief in this area has been surrounded by my men since night. We are waiting for him to run out of bullets. Then catch him and put on good shoes.”

He spoke to Rewant. Listening to him, I felt satisfaction descending inside me. But suddenly, what no one thought happened. A blind bullet passed by breaking Ghulam Qadir’s skull and he fell on his face. My eyes were wide open with fear and horror. My whole being was like an earthquake.

I stopped at a simple urban boy who had never seen a gun up close and here in front of me my friend was covered in blood. Ghulam Muhammad was weeping to cling to his father’s body. The guards soon And they found the body which must have belonged to the same person who was firing in secret. When the guards dragged his body, Ghulam Muhammad raised his head from his father’s chest, wiped away his tears and stared at the corpse for a few moments. Then he whispered to the guards.

“Hey, this is the doctor of the village elder of Barabar village.” The guards nodded in affirmation. I went ahead and wanted to hug Ghulam Muhammad to the chest. Was done

I was just thinking that Ghulam Muhammad looked at me and the sentence came out of his mouth. He shocked me with 440 watts. ”Uncle Jamal, let me show you the rest of the land and take Bachal Baba home. I will come after completing it. ”