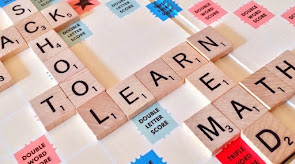 Stanza 1:
In spite of war, in spite of death,
In spite of all man’s sufferings,
Something within me laughs and sings
And I must praise with all my breath.

Ans: A war brings death and destruction to the peoples and animals.

Q2: Which thing laughs and sings in the poetess’s soul?

Ans: “Hope” laughs and sings in the poetess’s soul.

Q3: What does the poetess praise with all her breath?

Ans: The poetess praises Hope with all her breath.

Q4: What are the rhyming words of this stanza?

Ans: Death, breath, and sings, sufferings are the rhyming words of this stanza.

Q1: Which flowers were blooming at the gate of the poetess?

Ans: Lilacs were blooming at the gate of the poetess.

Q2: What is tripping down the path?

Ans: Tulips were tripping down the path.

Q3: What is continued in spite of war?

Ans: Life and the blooming of flowers are continued in spite of war.

Q4: What is the mood of the stanza?

Ans: The mood of the stanza is Optimistic.

Q5: What is the meaning of the word “Wrath”?

Ans: The meaning of the word wrath is extreme anger.

“Courage!” the morning-glory saith;
“Rejoice!” the daisy murmureth,
And just to live is so divine
When Pansies lift their eyes to mine.

Q1: What did the morning glory say to the poetess?

Ans: The morning glory said to the poetess to be brave and courageous.

Q2: What message does the daisy convey?

Ans: The daisy conveys the message to feel happy and delightful.

Q3: What is so divine to the poetess?

Ans: Just to live is so divine to the poetess.

Q4: What is the meaning of the word “Rejoice”?

Ans: The meaning of the word Rejoice is “be happy”.

Q5: Name the flower that lifts their eyes to the poetess?

Ans: Pansies flower lift their eyes to the poetess.

The clouds are romping with the sea,
And flashing waves call back to me
That naught is real but what is fair,
That everywhere and everywhere
A glory liveth through despair.

Q1: What were the clouds doing?

Ans: The clouds were playing with the sea.

Q2: To who were the waves calling back?

Ans: The waves were calling back to the poetess.

Q3: What do the waves say to the poetess?

Ans: The waves say to the poetess that there is nothing real and everlasting.

Q4: Which things live together everywhere?

Ans: A glory and despair live together everywhere.

Q5: What is the meaning the of the word “Romping”?

Ans: The meaning of the word romping is playing.

Though guns may roar and cannon boom,
Roses are born and gardens bloom;
My spirit still may light its flame
At that same torch whence, Poppies came.

Q1: Why the guns roar and the cannon boom?

Ans: Due to war the guns roar and the cannon boom.

Q2: Is it possible for guns and cannons to stop the roses from blooming?

Ans: No. It is not possible for guns and cannons to stop the roses from blooming.

Q3: What are poppies?

Q4: What are the rhyming words of this stanza?

Ans: Boom, bloom, and flame, came are the rhyming words of this stanza.

Where morning’s altar whitely burns
Lilies may lift their silver urns
In spite of war, in spite of shame.

Q1: What is meant by the Morning altar?

Ans: Morning altar means the place from where the sun rises in the morning.

Q2: What do lilies do, when morning altar whitely burns?

Q3: What is meant by silver urns?

Ans: Silver urns means the cluster of lilies that look like vases of silver color.

Q4: Which kind of flower does the poetess mention in this stanza?

Ans: Flower Lilies is mentioned by the poetess in this stanza.

And in my ear a whispering breath,
“Wake from the nightmare! Look and see
That life is naught but ecstasy
In spite of war, in spite of death!”.

Q1: Who was whispering in the poetess’s ear?

Ans: Breath was whispering in the poetess’s ear.

Q2: What message was given to the poetess by the whispering breath?

Ans: The whispering breath gave a message to the poetess to wake from the

nightmare and look around and see the beauty of life.

Q3: According to the poetess, what is life?

Ans: According to the poetess, life is nothing but just a feeling of joy and happiness

Q4: Write the meaning of the words “whispering” and “Ecstasy”?

Q5: What is the name of this poem?

Ans: “In spite of war” is the name of this poem.

Q6: Who is the poetess of the poem?

Ans: Angela Morgan is the poetess of the poem.