Some nobles from the book treasury

Some nobles from the book treasury 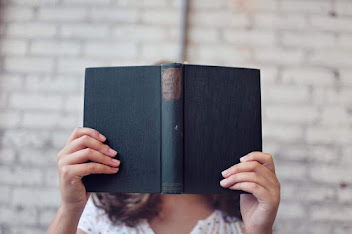 Sometimes while reading a book, one finds a very interesting and excellent writing. It is the sweat of the author of that book. That part of his scholarly and literary treasure that he is sharing. This selection is some of the nobles of the treasury of such scholarly personalities who have distributed it in the form of a book. We got these jewels from studying thousands of pages of dozens of books. Are These interesting events selected during the study are your gift of scientific and literary jokes and informational points.

He said that since your vision does not have the instrument that can see me, your vision cannot see me, but your vision can feel me. God can be seen as air. If you can see the wind, you can see God. But even though the wind is not visible, it has its full effects. It is felt. When it is touched, it is known. It moves fast. If it is very strong, it is a storm. Man can feel every breath of air. In the same way, you can feel and see God without any visual evidence, but in the history of the entire universe, only man has seen Him with human eyes. That event is the honor of the Prophet (peace and blessings of Allaah be upon him) in Ascension.

The West and the West (North Africa) have been inhabited since ancient times by a nation called the Berber. This nation had many tribes and groups. Among them the tribes of Sanahaba, Katama, Masmooda, Hawara and Zinata were of special importance. Where did these people come from in North Africa and at what time? Historians differ on this point. Some believe that they settled here from continental Europe three thousand years ago, and some say that they are Arabs of Semitic descent. (Ie, descendants of Sam bin Noah) The American historian James Henry Brestiz has written with full confidence that these people were Semitic Arabs and reached North Africa via Egypt before the time of history. The Arab historians are of the same opinion.

However, when the Berbers first settled in North Africa, the borders of the Berbers (Libya, Algeria, Tunisia and Morocco) did not even exist. Once upon a time, these people were simple farmers. His complexion was white and his eyes were blue. Even today, in the West, only the people of the Berber race have the upper hand, even though they are generally called Arabs because of their universal ties to Islam.

In addition to the Berbers, these people are also called “Mazig” or “Amazighin”. Which means “Mardan Har” or “Sardar” in Barbarian language.

Historians have written a lot about the morals and habits of the Berbers. The gist of their statements is that these people are very brave, militant and liberal, but at the same time they have a strong temperament, temperament and temperament. None of their known history has gone through half a century of turmoil and bloodshed.

famous and well-known poet in the long narratives about Lucknowi that they were suitable mode since childhood. He was thirteen or fourteen years old when an old man of the neighborhood gave him a hug and said, “If you have the right temperament, tie a knot on it.” Give me a year. Mr. Arzoo did a little Tamil and said that there is no need for the whole year to take ‘Misra is present’.

The message was this.

The golden bird flew away, but

Arzoo tied a knot in his hand and thus completed the lion.

؂ Daman is a part of this Yusuf, a

piece of gold sparrow flew in his hand, but the

He was born in 1114 in the city of Cremona, Italy. He knew Arabic well. He came to Talitla in search of Ptolemy’s “Ajasti” (Arabic). In 1175, he translated “Ingesti” into Latin. He became one of the most prominent translators of Arabic books. A Christian and a Jewish scholar helped him in this task. He opened the doors of Greek and Arabic knowledge to the West for the first time. Then many others were born who imitated him in this matter.

In the words of Dr. Max Mirhaf, he was the founder of Arabism in the European world. He did for Western Latin the same thing that Haneen Ibn Ishaq did for Eastern Arabs. He translated numerous books on philosophy, mathematics, medicine and science from Arabic into Latin. In medicine, he translated the books of Hippocrates and Galen, all the translations of Haneen bin Ishaq, all the works of Al-Kandi, the huge book Al-Qanun by Bu Ali Sina and the book Jarahat by Abu Al-Qasim Al-Zahrawi. In physics, he translated many of Aristotle’s books from Arabic, including the Magazine of Cells attributed to Aristotle. He also translated the books of Al-Farabi, Ishaq and Thabit into Latin.

In 1187 he fell ill. He thought that his death was imminent. “If I die, who will translate the precious Arabic books into Western?” This feeling tormented him. A new force of action awoke in him. Despite his illness, he began translating the rest of the Arabic books he had collected. He is said to have completed the translation of almost the same books in just one month before his death.

This genius is the “Gerard” who introduced European sciences and arts to the European nations.

After Patwari, the second most important person is Thanidar. He has extraordinary powers of arrest, so he can extort bribes from people. I remember this incident from his childhood which was narrated by a farmer from nearby Mouza. Her son was in trouble. He went to the police chief and demanded money. The man came the next day with twenty rupees. The police chief was reciting Tasbeeh after prayers. On each bead of the rosary there was a garland. When the policeman saw twenty rupees, he became very angry and thundered. “Baby pigs! What has he brought and brought? ” And then he started doing it.

During Bhutto’s rule, Hanif Sahib of NWFP used to be the Information Minister. Probably in 1976, Ahmad Nadeem Qasmi’s literary followers arranged to celebrate his birthday in Islamabad under the auspices of the National Center. Expressing his love on the occasion, the Information Minister invited Ahmed Nadeem Qasmi and a few friends to his house for dinner. Including ‘I’. There was a conversation in the drawing room of the minister before the meal and there was a gossip that suddenly the minister asked Qasmi with great politeness and devotion. Mr. Qasmi! Is your anniversary celebrated every year? Qasmi Sahib smiled and fell silent but Kishore Sahib burst out laughing and sat on the carpet. The Minister was looking at the audience with great innocence and could not understand the reason for the sarcastic smile on his face. Perhaps Ahmad Faraz told the minister that the celebration of Qasmi’s birthday has been going on for a few years now. Then the Minister realized the difference between a birthday and an anniversary.