Some memories of the first Prime Minister of Pakistan!

At the time of his martyrdom, 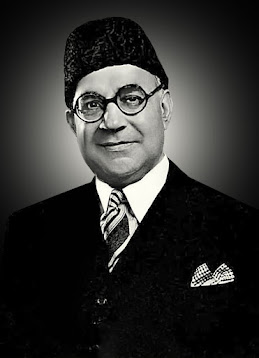 Liaquat Ali Khan, the first Prime Minister of Pakistan, had no bank account, no property, not even an inch of land. After the martyrdom, the world was stunned to see that his pants were patched, his socks torn and his shoes repaired. Yes, it was Khan Liaquat Ali Khan.

He was born in Karnal, India and received his law degree from Oxford University and joined the England Bar in 1922. He returned to India in 1923 and joined the Muslim League. In 1936, he became the Secretary-General of the Muslim League. He was a close confidante of Quaid-e-Azam Muhammad Ali Jinnah. In fact, after becoming Pakistan, he never claimed like other refugees.

He was born in a famous Nawab Jat family of Karnal. Nawabzada Liaquat Ali Khan was the second son of Nawab Rustam Ali Khan. You were born on October 2, 1896. Your mother Mahmooda Begum arranged for you to study the Qur’an and Hadith at home. He graduated from MAO College, Aligarh in 1918. In 1918 he married Jahangir Begum. After marriage, he moved to the United Kingdom, where he earned a law degree from Oxford University.

After returning from Britain in 1923, he decided to enter politics to liberate his country from foreign domination. He joined the Muslim League. In 1924, a meeting of the Muslim League was held in Lahore under the leadership of Quaid-e-Azam Muhammad Ali Jinnah. The purpose of this meeting was to reorganize the Muslim League. Liaquat Ali Khan also attended the meeting.

In 1932 he got married for the second time. His second wife, Begum Rana Liaqat Ali, was an educator and economist. He proved to be a great helper in the political life of Liaquat Ali Khan:

Pakistan emerged on the world map with the grace of Pakistan.

After the welcome speech of the district leader of the Muslim League, Sheikh Masood Sadiq, the Prime Minister came to the microphone. Syed Akbar, an Afghan in the front row, pulled out a pistol and fired two shots at the prime minister. The first bullet hit the prime minister in the chest and the second in the abdomen. The prime minister fell. The echo of the microphone hung in the air for a moment. Then a Pashto phrase was heard in a commanding tone, ‘Da cha dze o kare?’ اولہ۔ ‘ It was the voice of SP Najaf Khan who ordered in Pashto, ‘Who fired the shot? Hit him! ‘

Nine seconds later, a 9mm pistol fire was heard, followed by three rounds of a revolver revolver. For the next fifteen seconds, a combination of revolver and rifle fire was heard. By this time, the people around the killer had taken control of him. His pistol was snatched but on the orders of SP Najaf Khan, Inspector Muhammad Shah fired five shots at the killer from the official pistol and killed him.

The Prime Minister was brought out of the hall in critical condition. Minister for Kashmir Affairs Nawab Mushtaq Gormani’s car was entering the hall. The prime minister was taken to a military hospital in the same vehicle. Where he died of his wounds.

The assassination of Liaquat Ali Khan is one of the most mysterious events in the history of Pakistan. The assassination of Liaquat Ali Khan is the point where Pakistan’s leadership slipped out of the hands of political leaders and into the hands of government officials and their petty politicians. The motives for the killings, the names of the conspirators and the plot are shrouded in a deep fog of suspicion. Below we are trying to cover up this conspiracy.

A huge accusation is levelled against Khan Liaquat Ali Khan that the first Prime Minister of Pakistan Liaquat Ali Khan ignored Russia and befriended “America”. Which was wrong and very wrong. Although the fact is that Liaquat Ali Khan wanted to visit Russia, but the Russian authorities sent him an invitation, but the condition was August 15 instead of August 20, which was not possible. After the partition of India, Russia’s sympathies were with India. Russian politicians were well aware that India was theirs Will be a natural ally. It seems that Indian diplomats tried their best to cancel or cancel the visit.

Jinnah’s friendship with America is no secret. On October 5, 1947, Quaid-e-Azam’s envoy Laiq Ali presented a memorandum to US officials requesting them to provide loans to Pakistan.

It is recorded on pages 24-23 of the Urdu translation of MS Venkata Ramani’s book “The Role of America in Pakistan” that Laiq Ali submitted two more papers to the State Department. One contained interpretations of Pakistan’s needs and the other justified various needs. They said Pakistan needed 70 700 million for industrial development, 70 700 million for agricultural development and 51 510 million to build its defence services and equipment. A total of about دو 2 billion was borrowed for use over a five-year period.

In the light of these facts, one thing is clear that Liaquat Ali Khan did not lay the foundation of Pak-US friendship but the beginning had taken place in the presence of Quaid-e-Azam before and after the partition of India. One of the tragedies with Liaquat Ali Khan was that he had worked with an influential Governor-General like Jinnah. As long as Jinnah was alive, all cabinet meetings were chaired by him and the decisive figure was his. The constitution could not be drafted during the entire tenure of Liaquat Ali Khan. He was well aware of the public popularity of his contemporary politicians, especially Hussain Shaheed Suhrawardy. He also had reservations about this. Liaquat Ali Khan was a very careful man. The limit was that he too had migrated from India to Pakistan but he tried his best not to have any person in his office staff who has dual citizenship of India and Pakistan.