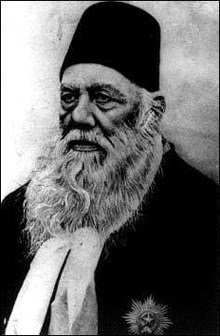 Sir Syed Ahmad Khan was an extraordinary man of the time when India was ruled by the British. Muslims were bound in chains of slavery.

In this dark age, Sir Syed Ahmad Khan proved to be a ray of light. Earlier, Sir Syed was convinced of the unity between Hindus and Muslims, but when he observed the attitudes of Hindus, he realized that it was a separate nation from us.

He proposed two national ideologies, according to which Muslims and Hindus are two separate nations.

Sir Syed Ahmad Khan explained to the Muslims what were the reasons for the decline of the Muslims. Sir Syed awakened the Muslims and created a spirit of freedom. Through the efforts of Sir Syed and the great leaders who came after him, the Muslims became organized and united and an independent state came into being.