Simplicity and a simple lifestyle

Simplicity and a simple lifestyle 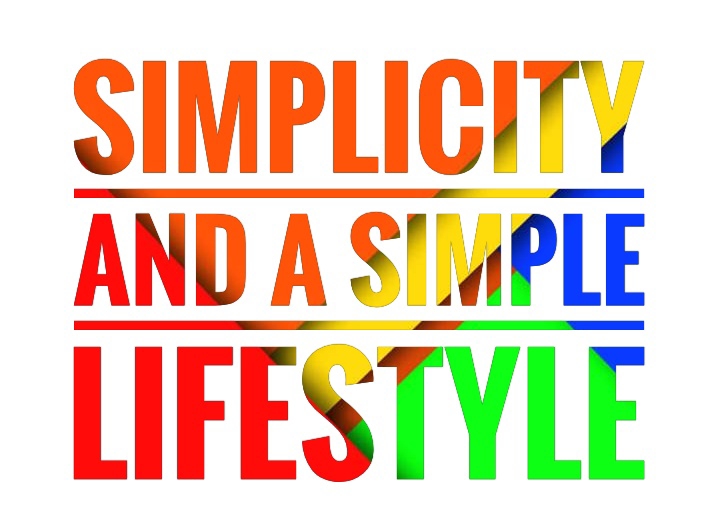 In the present advanced age, if we look at the people around us and our society and environment as a whole, we find that the lust for wealth and luxury has led the individual and society to this torment of dissatisfaction and restlessness. Suffering, where no one has peace, tranquility, patience and tranquility. The enslavement of desires and greed has robbed man of peace of mind and contentment in spite of the availability of all luxuries and material resources.
Depression, dissatisfaction and problems abound in today’s society only because our desires and aspirations are unlimited. The spirit of contentment is missing, the lust for position and wealth has enslaved man to desires, but comfort and tranquility are far away. There is only one reason for this and that is to avoid “simplicity and simple lifestyle”.
This is the reprehensible act of showing pride in each other in society, gaining maximum wealth, amassing wealth, fulfilling greed and unjust desires, which is dissatisfaction in society, high. It leads to the decline of human values ​​and ideal cultural and moral traditions and promotes hatred and enmity. In fact, this is the abominable spirit that leads to theft, robbery, murder and other crimes in society. The Prophet (peace and blessings of Allaah be upon him) said on one occasion: “Beware of greed that he destroyed those before you. He persuaded them to shed blood (murder) and considered halal as haraam.” (Sahih Muslim) While according to another narration, the Prophet (peace and blessings of Allaah be upon him) said: “Beware of greed, for he persuaded the former to shed the blood of (innocents). He persuaded them to consider haraam as halal. ”(Hakim-ul-Mustadrik)
The ways in which Satan leads man astray and leads him astray include greed, unwarranted desires and the pursuit of desires. The Holy Qur’an quotes Satan as saying: “And he (Satan) said: ‘I will take a portion from Thy servants, and I will entangle them in their lusts and desires.'” (Surat al-Nisa ‘) What is warned in these words: “Satan will show them (mankind) a green garden of promises, will ensnare them in desires and aspirations, but all these promises of Satan are nothing but deception.” (Surat al-Nisa ‘) 120)
Islam is a religion of simplicity and a simple way of life. In Islamic culture and Islamic society, simplicity and a simple way of life are of fundamental importance. The beauty of the Prophet (peace and blessings of Allaah be upon him) in this regard is that the Holy Prophet (peace and blessings of Allaah be upon him) had no difficulty in eating, drinking, dressing, getting up, or sitting. He used to eat the halal and pure food that came to his notice, and he used to wear the simple clothes that he could find. On the ground, on the mat, on the floor, wherever there was space, they would sit. (Shama’il al-Tirmidhi, Chapter Majaa fi Tawaze Rasoolullah) The Holy Prophet used to pray: Tirmidhi)
Hazrat Ibn Mas’ud narrates that once he rested on a mat which left some marks on his blessed body. Ibn Mas’ud did not let go and said, “If you allow me, I will spread a soft mat.” He said: What does the world need for me? The example of me and the world is like that of a traveler who is traveling on a destination, he rested in the shade of a tree for a while and walked away. (Mushkoot) Also, the condition of his bed is described by Hazrat Ayesha as follows: The bed was made of leather, which was filled with palm leaves.
Hazrat Ayesha Siddiqah told Abu Barda to take out a thick robe and a thick azar and pointed out that these are the two clothes in which he hid himself from this world. (Al-Wafaa Bahawal Al-Mustafa) On the basis of avoiding hardships, he was reluctant to wear good clothes. He put on plain clothes and said: Take it away, it disrupted my prayers. (Al-Wafa ‘: 4)
Apparently, the source of survival of the human body is food, but the same food is useful for human beings, which is the reason for maintaining it in servitude, because the real purpose is obedience and servitude, when the food is ignoring the real purpose. If there is a rush for food, then obviously the aspect of prohibition will also be ignored. This food will be harmful instead of being beneficial for human beings, which will include diversity and hardship instead of simplicity, in which wasteful spending and extravagance will take place. The Prophet (peace and blessings of Allaah be upon him) used to eat very simple food. Umm al-Mu’minin Hazrat Ayesha Siddiqah states that the family of the Prophet (peace and blessings of Allaah be upon him) did not fill their stomachs with barley bread for two consecutive days. Until the Holy Prophet (saw) was veiled from this world. ”(Sahih Bukhari and Muslim)
Hazrat Abdullah Ibn Abbas mentions the quality of his food as follows: He used to use barley bread and vinegar in general. “O Allah, make the sustenance of the family of Muhammad as long as possible. When you were offered to turn the mountains into gold, you said: My Lord, I would rather eat one day and be hungry one day, so that when I eat you I will give thanks, and when I am hungry, I will weep for you.
A simple lifestyle is, in fact, the message of Islam, which is the guarantor of human well-being and prosperity. Islamic teaching is that man must be content with what is available to him in order to live and live a contented and peaceful life. Because when a person leaves the path of a simple lifestyle, he becomes a slave to greed and desired.
SendShare234Tweet146Pin53Send