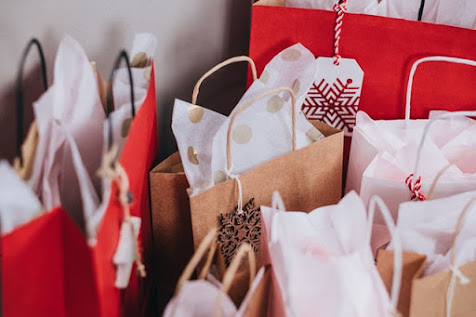 Question 1: Why did the mother ask Najma and Ajmal to go with her for shopping?

Answer: Mother asked Najma and Ajmal to go shopping with her because her father was not at home. He was on tour and his mother had to go shopping in his absence. In addition, they have eliminated groceries and provisions.

Q.2 How much fare did the taxi driver ask for?

Answer: The mother hired a taxi to go to the market and asked the driver about the fare. Before running the meter, the taxi driver demanded Rs.

Q.3 What did the mother tell the taxi driver?

Answer: The mother was surprised by the demand of the taxi driver as the fare was very high as the distance was barely one kilometer. She further threatened to take him to a traffic constable if he insisted on receiving Rs. 20.

Q.4 Where did mom and baby go shopping first?

Mother and child first went to the mutton market. Najma and Ajmal were surprised to see halal animals hanging in the bazaar.

Q.5 What is the difference between beef and mutton?

Answer: The meat of cows, calves, and buffaloes is called beef. Mutton is the meat of goats and sheep.

6. Question   What did mom buy at the butcher shop?

Answer: First the mother bargained with the butcher and fixed the price at Rs. 90 per kg as per the price list. Then she asks for a kilo of leg and a kilo of the buckle of meat.

Q.7 Where did the mother go after shopping at the butcher?

Answer: After shopping, the butcher’s mother turned to vegetables and fruits. She wanted to buy fresh and delicious vegetables next month.

Q.8 How did mom buy bananas and apples?

The first monthly inquiries about the price of fruits. Then he bought ten bananas for fifteen rupees and one kilo of apples for twenty rupees.

Q.9 What did the mother buy in the end?

After all the shopping, the mother went to a poultry shop. He bought eggs and a kilo of dressed chicken at the rate of twenty and ninety rupees respectively.

Question No. 10 How far is the bazaar from Najma and Ajmal’s house?

Jawab Bazaar was not far from Najma and Ajmal’s house. It was a distance of about one thousand meters.

Q.11 What did the mother tell the children to do when they got home?

When he returned home, his mother asked Ajmal to polish his and Najma’s shoes. He ordered Najma to iron the clothes.

Answer: These are all units measuring different quantities. Lit Liters are used to measure meter length, kilometers for distance, kilograms for weight, and liquids to measure liquids, except for individuals with high viscosity.

Q13. Explain the reason why polythene bags are not being used all over the world? Or what are the side effects of polythene bags?

Answer: Polythene bags are not being used all over the world as they are a major source of pollution. They lock the sewer pipes and when the drains are choked, all the dirty water is released. There is no proper way to dispose of these bags.

Q.14 How can we call mother a watchman? Or did the mother bargain for the price at the butcher’s shop?

Answer: We can call Mom a watchful customer because she knew a lot about the price and quality of the goods before she bought anything. At the butcher’s shop, he first inquired about the price. When he found out the price, he insisted on getting a lower price because the prices were exceeding the price list. The butcher started telling stories but eventually, he agreed to a lower rate which shows the mother’s vigilance.

Q.15۔ Why were Najma and Ajmal excited?

Answer: Najma and Ajmal were very excited because they were going shopping for the first time. The idea of ​​learning new and interesting things was making them excited.

Answer: The taxi driver demanded Rs. 20 for the fare as he wanted to earn more than the fare. Since the meter of the taxi was also our order, he wanted to take advantage of this situation and receive Rs. 20.

·         Provisions: We buy provisions from the Sunday market every month.

·         The speed of this plane is seven hundred kilometers an hour.

·         This car carries a liter of petrol from twelve kilometers.

Complete with the following

Out of date, out of order, enforced, in order, latest

·         The. The shopkeeper told him that his weighing machine was not working properly.

Complete with the following

The driver brought a taxi when it stopped suddenly.