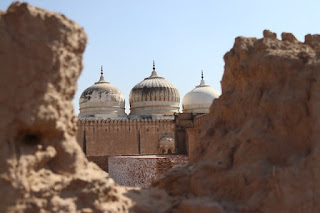 Some days are very special in the life of nations that make mobs a nation. One of those days is September 6 which is celebrated as Defence Day. The purpose of celebrating this day every year is to pay tribute to the great sacrifices of the heroes of our nation. It happened 51 years ago that on the night between 5th and 6th September 1965, India had simultaneously killed three areas of Pakistan, Sialkot, Lahore and Kasur at the same time.

Destroying tanks, it is hard to salute these difficult decisions when mothers, sisters, daughters, and wives sent their men to the battlefield, donating their jewellery to the fund. It is a tribute to the bravery of this nation when the people, not in the front lines, kept chanting slogans of La ilaha illa Allah and Allahu Akbar on the roofs of their houses.

Great heroes like MM Alam shot down five Indian Hunter fighter jets on the Sargodha front in the 1965 war within a minute, four of which became world records in thirty seconds. The war continued for 17 days and a ceasefire was declared between 12 and 12 September at midnight with the intervention of the United Nations.

In this war, Pakistan faced an enemy army ten times more powerful than itself. Those who were determined to celebrate at the Lahore Gymkhana fled leaving their weapons and vehicles behind to save their lives. According to a foreign report, the loss of Pakistan and India in this war was 1:12. That is, if Pakistan lost one rupee, then India lost twelve rupees. But now, after 51 years, it is necessary to rekindle emotions. But sad to say, this day is left to a few programs, newspaper editions, laying flowers on the shrines of the martyrs. The passion that was in our childhood is no more. Torment the soul. Now there is less writing on patriotism in magazines and journals, watch our TV shows what they offer all year round. Content is being deleted. And we have heard that our education policy will be prepared abroad.

At this time, the entire people must stand behind the Pakistani forces. Just as it stood fifty-one years ago today. Fifty-one years ago today, Major Aziz Bhatti Shaheed had gritted India’s teeth. Today, Mr. Raheel Sharif, a young man from the same family, is the Army Chief. In the same way, the people in power and the people of Pakistan today must come to the fore as defenders of the ideological war and respond fully to the enemy’s propaganda. Because first of all, there will be no war now. That there will be a nuclear war, in which his own name and reputation will be erased. India must remember that Modi’s policy will achieve nothing but destruction and ruin.

Even now, our nation is surrounded by misery and hardship. There are ominous shadows of despair and disappointment. We need the same spirit of unity that can get Pakistan out of the crisis. Such moments are necessary to put the country and the nation on the path of development, to correct the direction and speed, to separate the true from the false, to expose the true lies. When it is faced with a challenge, it According to Allama Iqbal

May God acquaint you with a storm

That there is no disturbance in the waves of your sea

The month of September reminds us that the army, the people and the government together can cope well in the most difficult of circumstances. On September 6, 1965, when India shed blood on Pakistan, it deployed its manpower and weapons. There was arrogance and pride due to the stockpile of K and the patronage of the world superpowers, but India lost in this war. The people and forces of Pakistan worked hard to thwart India’s nefarious intentions.

The Pakistani nation defended itself in the September 1965 war and proved to the world that we are an invincible nation. The brave air, naval and naval forces of India performed unparalleled and astonishing feats. Compared to India, Pakistan had very little military equipment while India had many times more forces and advanced weapons and equipment. However, there was one power that Pakistan could never have in the destiny of India, that is the spirit of faith. Undoubtedly, Pakistan won this war with passion and repeated the history of Ghazwa Badr. The enemy’s air force, ten times bigger, could not stand in front of the martyred pilots. The enemy fights with force, while the Muslim fights with the spirit of faith and the spirit of martyrdom.

If he is a disbeliever, he trusts in the sword

If he is a believer, he fights without a sword

Today, our enemy India is restless again. It cannot bear the defeat in the September war. He does not forget 65 and we also say that you will remember 65. By the way, India remembers every moment that is why it has resorted to good tactics. On the cultural front with the threat of war with us. Is fighting a war He is working on the agenda of spreading hatred between the people, the government and the armed forces, for which his own media and unfortunately some elements of the Pakistani media are also supporting him.

We are proud that Pakistan is the fifth of the ten best air forces in the world, the fourth in the army, the seventh in number and the seventh nuclear power. And the ISI is the best Pakistan in the world. It is noteworthy that these two institutions of ours, namely the Army and the ISI, are in the eyes of the enemies of Pakistan.

Now conspiracies against these two institutions are going on in full swing. For this, only a recent incident, the United States declared ISI a threat to other countries, guaranteeing Pakistan’s survival. The government, under external pressure, subordinated ISI to the Interior Ministry. The decision was reversed after a strong public reaction.

It has to be said that the third generation after the formation of Pakistan (current student) is not familiar with the concept of Pakistan, the founder of the nation, Quaid-e-Azam Muhammad Ali Jinnah. Our media is not playing its role in inculcating patriotism in them. We have to think about where our country stands.

The country is being run by the Ding Tapao policy. Our society is touching not two but four extremes. The difference between the rich and the poor is read. On the one hand, there is a life below the poverty line. Extremism on the one hand and on the other hand a somewhat disinterested generation from religion. Everyone knows the reasons for this. They also know the solution. It is only a matter of action. There is law and not enforcement. It has become difficult to find human beings. The current situation in our country is created by our politicians. The rulers (past, present) are intoxicated with power.

There is only one reason for this. We have deviated from it for the purpose for which we got this country, that is, for the implementation of the Islamic system in order to build an Islamic fortress. The way is that the system of government created by Allah should be implemented in this country.

We need to prioritise national and national interests over small personal interests. We Pakistanis are one nation, we are all Muslims, our politicians are the ones who separate us, they are the religious leaders, they rule over us by creating divisions among us. The day the people know this, a new Pakistan will come into being. For this, we all have to make the Qur’an and Hadith the standard of truth.