September 6, 1965 is a proud day that has never been mentioned in military history in the history of the world, when a country many times larger with many times the number of troops and defence resources on its small neighboring country (Pakistan) 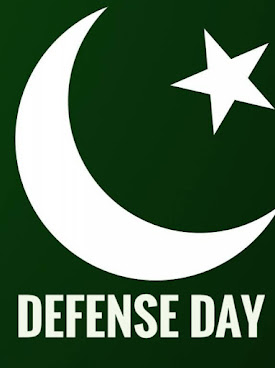 at night without any notice. At the time of the cowardly military attack. This small but zealous and brave and united country repulsed this attack of its cowardly enemy and thwarted this attack. And with this attack, all the intentions of the enemy were shattered by the brave youth of Pakistan. And the enemy (India) had to embarrass him internationally. India failed to advance with this attack. And then Pakistan retaliated and the Pakistani Armed Forces hoisted the green crescent flag over its Fazilka sector and Kishangarh Fort. Indian soldiers were taken prisoner during the war. When the ceasefire came at three o’clock in the morning on September 23, 1965, the details of the areas occupied by the forces of both the countries were given. So the total area of ​​India 1617 square miles came under the control of Pakistani army. And the Pakistani army remained at war for seventeen (17) days.
Demonstrating its bravery in the Chonda sector, the Pakistani army turned the enemy into a graveyard of Indian troops and tanks, not with weapons but with their bodies. Journalists from Brown countries were also shocked to see the bravery and courage of the Pakistan Army and the damage done to India at this level and praised the Pakistan Armed Forces for their bravery and courage.
In addition, the enemy of Jassar Sector Kasur, Khem Karan and Mona Bao Sectors also suffered a humiliating defeat in such a manner that they were forced to flee the field leaving behind cooked food, military equipment, jeeps and uniforms of soldiers. Because during the war, every Pakistani had the same concern that he has to face the enemy and win.
During the war, the eyes of the soldiers were not on the enemy’s troops and militancy, nor did the Pakistani people have any purpose other than defeating the enemy. All Pakistanis had to jump on the battlefield. Even the Pakistani army, as well as the country’s teachers, students, poets, writers, artists, singers, doctors, civil defense volunteers, laborers, farmers and the media all had one voice.
O man Mujahid, wake up, now is the time for martyrdom.
By Allah, no power of the world can defeat the country and its people who have so much love and desire for their homeland.
Remove the leaves and sell the new ones
So go back to the market
O brave lion of Ghazi!
Don’t give any to anyone
Fear of these enemies
O death, do not be afraid
O honor of your country
John rings his teeth
Peace, economy and prosperity in any country can come only when the borders of this country are strong, the strength of the borders is due to the strong will of the strong soldiers.
Today, September 6, 2020, the 22 crore people of Pakistan, while celebrating Pakistan Defense Day, should not ignore the sacrifices of their national heroes and brave forces who risked their lives for the country.

On August 29, 1965, when Aziz Bhatti was on holiday with his family, he was called back to the unit. The war was raging and he was preparing to come to the unit when his wife said sadly at the dinner table. I asked if the war was over and they would come back. Aziz Bhatti smiled and replied: Why are you upset? You know there are ups and downs in a soldier’s life. His youngest son Zulfiqar spoke innocently. Has war started? Aziz Bhatti replied yes. Maybe the situation didn’t look much better, so he waved innocently in the corn and said never to turn his back on the enemy. The Major kissed his forehead and told him to promise again that if I become a martyr, not on my body. Rona and then reached the battlefield to fulfill the promise made to his wife and son. When the enemy attacked Lahore, Major Aziz Bhatti was the company commander in Burki area of ​​Lahore sector. Major Aziz Bhatti stood like a plywood wall in front of Indian tanks for five (5) consecutive days. On September 12, 1965, he ate the bullet of the Indian tank on his chest and drank the cup of martyrdom.
Death of a martyr,
That is the life of a nation.
May Allah Almighty accept the martyrdom of all the martyrs and make this stronghold of Islam, Pakistan, safe and secure. And protect him from his enemies. (Amen)
SendShare234Tweet146Pin53Send