Quaid-e-Azam is a true leader 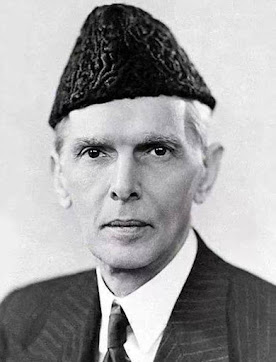 Quaid-e-Azam Muhammad Ali Jinnah was born on December 25, 1876. His father’s name was Punjab Jinnah. He was named Muhammad Ali at his birth. Your parents made special arrangements for your education and training for which you were admitted to the Madrasa at the age of six years. Later you were admitted to Google Das Primary School for elementary education and then at the age of fifteen from Sindh Madrasa. Passed matriculation examination with high marks. After passing the bar examination in 1892, he went to London for higher studies.

After the end of the First World War, the British government deviated from its promises and enacted a law like the Rolta Act. Social activities were banned. The movement started all over the subcontinent and the government imposed martial law. The movement was led by Mr. Gandhi. He opposed it in the Congress.

The movement finally failed. In 1920, Quaid-e-Azam defected from the Congress to Hinduism. Understanding the mentality, they separated. In 1930, they participated in the second round table conference in London. Allama Muhammad Iqbal was also present in it. Later, the two leaders met in which Allama Iqbal made his point Quaid-e-Azam went back to England disgusted with the politics of the subcontinent. When Liaquat Ali Khan came to London in 1933, he met Quaid-e-Azam and asked him to come to the subcontinent and lead the Muslims.

He came here in 1934. When he came, he mobilised and organised the Muslim League as a party. In 1935, Quaid-e-Azam Muhammad Ali Jinnah was given the authority to organize the meeting of the Muslim League in Bombay, on which he visited the entire subcontinent. In a letter to Quaid-e-Azam on May 27, 1937, Allama Iqbal also stated that the promotion of social democracy for Islam in any form when it has the support of Sharia. Yes, in fact there is no revolution but we have to turn to its true purity. The solution to the present problems is much easier for Muslims than for Hindus, but as I have said before, the solution to these problems is easy to implement in Islamic India. The establishment of an Islamic state through the partition of the country is imperative.

The caravan of addicted Islamism who have been wandering since the eighteenth century for their survival and protection of cultural assets and for almost a century and a half, despite determining their destination, are unaware of the strategy of travel and rely on the preference of their leaders. The situation was such that the whole nation of Islam was suffering from a lack of leadership despite its complete commitment and complete surrender to the subcontinent of Islam. In this poem, it is seen that I walk a short distance and I do not recognise everyone with a fast pace.

Now I am again in the moment of the mercy of Allah Almighty which was upon the Nation of Islam from 1924 to 1936 after the failure of Khilafah Movement. A ray of light shone and the Muslim League of 1908 was considered a party of great people. Under the leadership of Quaid-e-Azam Muhammad Ali Jinnah, the Muslims became the star in the eyes of the subcontinent and thus the heart of the nation There are only valleys, but some of them are discouraged by the haste of the leaders Disappointed, he regained his composure and with a fresh zeal, under the guidance of Quaid-e-Azam, flowed from Ras Kumari to Peshawar, the Muslim nation of the subcontinent with a literacy rate of less than three percent. The same simple and illiterate Muslims.

Who were persecuted by the imperialist powers and subjected to the humiliating attitudes and usurious injustices of the narrow-minded Hindus, made that great journey of history with their great leader and astonished the whole world. Quaid-e-Azam Muhammad Ali Jinnah refers to the excerpts from various speeches which are the capital of history today and Pakistan for the Nation of Islam Pakistan. Quaid-e-Azam said that Islam and Hindu Dharma are not just a religion but a reality.