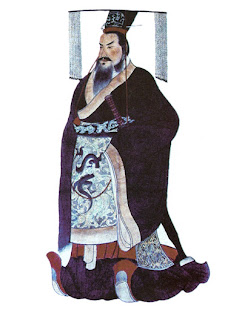 The great Chinese emperor Xi Huang Ti ruled China from 210 to 238 BC, uniting China militarily and carrying out a number of comprehensive reforms. These reforms played a key role in building the cultural alliance that still exists in China.