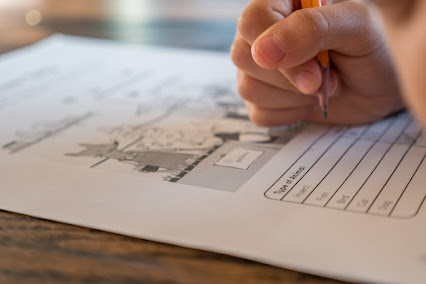 The rocky land of Balochistan is thirsty for education. Spread over almost half of the country’s total area, the province is rich in innumerable natural resources but also suffers from innumerable problems. Lack of education and educational facilities is the most important issue here. For more than 60% of the children of Balochistan who are living in poverty, the establishment of higher education institutions is the first need of the hour. In this regard, not only the government but also other welfare agencies, as well as every able-bodied person in this country should show their responsibility.

Ustad Muhammad Abdul Karim Saqib, Chairman of Al-Hijra Schools Trust, which started in Pakistan in 2002, on April 19, 2004, at the last resting place of Father of the Nation Quaid-e-Azam Muhammad Ali Jinnah in Ziarat District, an excellent institution for the poor people of Balochistan. Founded This institution is known as Al-Hijra Residential School and College Jinnah Campus Ziarat. It is affiliated to the Federal Board of Intermediate and Secondary Education, Islamabad. Students take the matriculation and FSC exams from the Federal Board. In 2017, the Balochistan government also awarded the “Balochistan Excellence Award in Academia” in recognition of Al-Hijra’s outstanding academic performance.

So far more than 250 students have graduated from Al-Hijra while 253 students are currently studying in the institution. Al-Hijra has lifted many families out of poverty by adhering to the basic principle of “Eliminate Poverty through Quality Education”. The graduates of the institution are serving in various institutions of the country and contributing to the betterment of society. He is engaged in the struggle for the welfare of his family. He is also involved in the field of Doctors, Engineers, Army Officers, Civil Servants, Agriculture Officers, Veterinary Doctors and Education.

The philosophy of Al-Hijra School includes three basic points. Humanity, Islamism and Pakistaniness. Students are trained to respect humanity and make Islamic traditions and values ​​an integral part of their lives. An attempt is made to inculcate the spirit of Pakistaniness through the promotion of national unity and mutual relations. In addition, the basic lesson of “Excellence in Motion” is also taught to everyone. This project of the trust is a distinguished and model institution in all respects. Education is imparted in this institution in three languages. Arabic, Urdu and English. Arabic which is the language of Qur’an and Hadith. Urdu which is our national language and English which is an international language. In the same order, there is a morning assembly in each language two days a week and the students are fluent in all three languages. In addition, the students are required to perform the five daily prayers. And the Qur’an and Hadith are also taught with translation.

Every year children from low-income families from every district of Balochistan are given the opportunity of admission. Their guardian has a monthly income of Rs. The child should not be more than 12 years of age and have passed the sixth grade from any government school in Balochistan. Such student is given a scholarship on the basis of merit after tests and interviews. Scholarship distribution consists of 2 seats for all districts while there are 6 special seats for Ziarat district. Al-Hijra Trust wants to increase this number to select students at tehsil level for which hostels are being constructed and more. He is optimistic about the construction and resources of hostels. Besides, the university is also among the priorities.

Why did Al-Hijra start from Balochistan?

Everyone needs quality education and training. The Trust, insha’Allah, is launching its institutions in other provinces in the near future. Dear country, Pakistan has long been plagued by some situations where education is one of the most neglected sectors. The purpose of establishing Al-Hijra is also to eradicate poverty through quality education and to build a society through constructive character. He carried out this mission from the most backward and constantly deprived province of Balochistan in order to cure his sufferings and relieve him of this national duty.

Al-Hijra is the only residential institution of its kind in Balochistan which provides quality education, accommodation, food, uniforms, books and all medical facilities to the intelligent and capable children of poor parents from seventh to twelfth grade absolutely free of cost. This work is no less than bringing a gambling lion, but the trust is trying its best to keep this candle of knowledge burning forever. Every child studying in Al-Hijra, when he enters this wall, he is a walking example of mutual brotherhood. And Al-Hijra gave every student a new aspiration of life and thought that, if there is knowledge, poverty is not a chain of feet.

As mentioned earlier, Al-Hijra College bears all the expenses of students from seventh grade to twelfth grade, including accommodation, food, uniforms, books, stationery, healthcare and student educational tours. For 21, Al-Hijra needs funds for scholarships for 300 students, including two sections of 70 new students. Your support can not only change the lives of these students but also their entire families and communities through them. Can be helpful in improving

Come and join Al-Hijra in this journey towards a brighter future. Be a companion of Al-Hijra in this journey from better education to the eradication of poverty and from constructive character to the formation of society. Be a part of this campaign for a better tomorrow and deposit your alms, charity, zakat and donations today. One gift of knowledge from you and many gifts from home will burn.