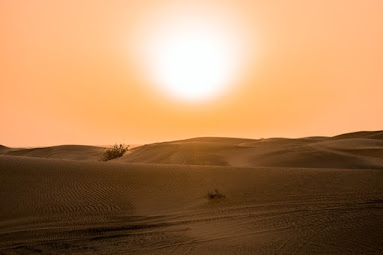 Q.1 Define conduction of heat and explain the mechanism of heat? Also, give a few practical examples?

ð  Mechanism of heat conduction:- there are two ways by which heat energy is transferred.

A metal consists of a large number of atoms which vibrate about their mean position. When heat is supplied to its one end. Then because of this heat the vibration of atoms increases. These atoms collide with their neighbour atoms and transfer their he3at to the neighbouring atom and by this way, heat is transferred to the other end.

i.            We use met5al pots for cooking which transfer the heat easily to the food placed inside them.

ii.            Plastic foams and fibreglass are bad thermal conductors. They are used in the wales and ceiling of homes. And keep them warm in winter.

iii.            Woollen clothes have fine pores which contain air. The air and wall are a bad thermal conductor. Thus they avoid the flow of heat from our body to the surrounding and keep us warm in winter.

Q.2 Describe conduction of heat in solid, liquid and gas?

Ans. Conduction in solids:-usually metallic solid is good conductors of heat. Which contains free electrons and packed atoms and they play a very important role in the conduction of heat which can carry heat energy inside metal from one point to another point. And they are considered god conductors while plastic wood and rubber etc are poor solid conductor because they have no free electron.

Conduction in liquid:-liquids are mostly poor conductor of heat as compare to metallic solids because the intermolecular distance is larger in liquids than solids. Therefore the rate of conductivity is also smaller than solid.

Conduction in gases:–  there is a large distance among gas molecules. Thus the rate of conductive collision in gas is very small as compare to solids and liquids thus gases are the poorest conductors of heat. The conductivity of air is of waters 20 times smaller than that of water.

Explanation:-consider a rod of length “L” having an area of cross-section “A” and difference of temperature  then the amount of heat “Q” supplied depends upon the following factors.