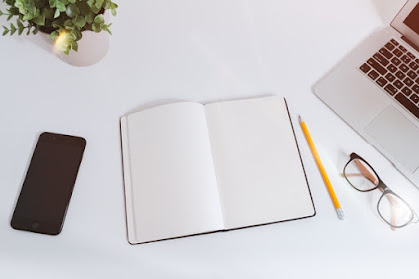 Ans. kinetic molecules model of matter:- according to this theory matter consists of small particles called modules. Modules are its made of small a particle called atoms. These molecules are always I state of motion. Their the motion may be linear vibrational or rotational and this motion is increased with an increase in temperature, there is a force of attraction between the molecules which depend upon the distance between them their kinetic energy is due to their motion and potential energy is due to the force of attraction between them.

Q.2 explains the states of matter on the bases of a molecular model of matter?

Ans. State of matter explained below on the bases of molecular theory?

iv.            Their molecules are increased with an increase in temperature.

iii.            Their molecules can move freely and perform random motion.

4.      Plasma:- this is the 4thstate matter which is found in the ionized state it is called plasma exist in sun.

Ans. Density:- the mass f unit volume is called density it is denoted by (Rho).

Explanation:-if mass of a body is “m” and volume of that body is “v” then we can write its mathematical form as;

From its mathematical form, it is clear that density the intermolecular force b/w then.

Density is a vector quantity and its unit is kg/m3.

Pressure:- force per unit area is called pressure if we have a unit area “A” at which force “F” is acting then the press “P” is given by/

Its unit is Pascal.

Ans. The force excreted by the thick layer of air surrounds earth is called atmospheric pressure

This is a layer of air around us which is called atmosphere, we live in the ocean of air which exerts a force upon our body and it is equal to 100,000 Pascal which is called one atmospheric presser.

Q. 6 write a note on barometer?

Q..7 write application of atmospheric pressure in our daily life?

Ans. Some applications of atmospheric pressure are given below.

Sucking throw straw­:- when we suck any liquid through a straw the volume of lungs increases and the air pressure decreases. As a result of the atmospheric rise in straw.

Surfing:– when we draw any liquid with the help of syring the pressure inside the syringe decreases while the pressure a surface of liquid increases which forces the liquid ongoing into syring.

while the pressure a surface of liquid increases which forces the liquid on going into syring.

Ans. If we keep barometer at the same high above the sea level if will show the changes of the day by day pressure. These pressure changes are shown on a weather map. These lines which loins all places at the same atmospheric pressure are called I so bar. The unit which is used for weather map is called mill bar ( m bar)

Ans. Pascal’s law:-This law states that the pressure exerted at any point a liquid in any container is distributed equally in all direction.

Explanation:- consider a container having four openings A, B, C and D as shown In figure. There are moveable pistons in every opening.

Now if we this container with water or any other liquid. Then we apply some force on anyone piston of them. Suppose we apply force on “A” as soon as we apply force on piston “A” at the same time the other three pistons will also start moving outwards. This experiment shows that pressure exerted on any liquid in any container is distributed equally in all directions.