Implementation of Martial Law in Pakistan 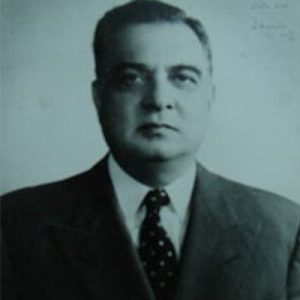 By October 1958, the political situation in the country had reached its worst. Dissolution of ministries at the centre had become the norm. Dr Khan, a former Chief Minister of West Pakistan, and Shahid Ali, the Deputy Speaker of the Assembly in East Pakistan, were assassinated by members of the Assembly.

According to Ayub Khan, “the long-awaited moment had finally arrived and it was no longer possible to escape responsibility.”

On October 7, 1958, President Iskander Mirza announced the dissolution of the Central and Provincial Governments and the National and Provincial Assemblies, the repeal of the Constitution and the imposition of martial law in the country and the appointment of Ayub Khan as its Chief Administrator. She stayed with him.

But Ayub Khan wanted more power, so on October 24, 1958, he was made the Prime Minister of the country. Ayub Khan took the oath of office on the same day and announced the names of the members of the new cabinet. Apart from General Ayub Khan, the cabinet also includes three military officers, Lt. Gen. Azam Khan, Lt. Gen. Wajid Ali Burki and Lt.

But the gulf between Ayub Khan and Iskander Mirza widened. Three days later, on the morning of October 27, 1958, Ayub Khan’s cabinet took the oath of office. At ten o’clock that night, at the behest of Ayub Khan, three army generals, Wajid Ali Burki, Azam Khan and KM Sheikh, fired at Alexander Mirza. Sign his resignation. All sources of power in the country had come under the control of General Ayub Khan.

* Haider Bakhsh Jatoi, the famous Hari leader and poet of Sindh, was born on October 7, 1900 in Larkana district. He graduated from Bombay University in 1922 and did Honors in 1923. He later joined the government service and rose to the position of Deputy Collector. In 1943, Haider Bakhsh Jatoi resigned from the government service and joined the peasants ‘movement. In 1946, he was elected president of the Sindh Farmers’ Committee. In 1950, the Farmers’ Council approved his draft constitution and in the same year, as a result of his struggle, the Sindh government passed the Agriculture Act. Haider Bakhsh Jatoi spent seven years in jail in his struggle to restore the rights of Sindh farmers. ۔

Haider Bakhsh Jatoi was a great poet. His poem on the struggle for independence of the Indian subcontinent, which was published under the name of Azadi Qaum, is considered his masterpiece. His other books include Darya H Shah, The Gift of Sindh, Hari Geet, Hari Inqilab and Sindh Piari.

Haider Bakhsh Jatoi was given the title of “Father of Sindh” by the people of Sindh and he was entitled to this title in every way. In 2000, 30 years after his death, the Government of Pakistan awarded him the Hilal-e-Imtiaz Medal.

After the resignation of General Jehangir Karamat, Prime Minister Nawaz Sharif used his powers to appoint Mangla Corps Commander Pervez Musharraf as two generals over Lieutenant General Ali Qali Khan and Khalid Nawaz Khan. He announced the appointment of the Chief of the Armed Forces of Pakistan.

When General Pervez Musharraf became the head of Pakistan’s evil army, he was an anonymous corps commander, but he soon made headlines. When Indian Prime Minister Vajpayee visited Lahore in 1999, General Pervez Musharraf refused to greet him. In May 1999, under his leadership, the Pakistan Army launched a campaign on the peaks of Kargil and cut off the supply of recruits stationed on the Siachen Glacier. The US openly sided with India and under its pressure, Pakistan had to evacuate the peaks of Kargil. From here, the seeds of mistrust between Nawaz Sharif and Pervez Musharraf began to grow. 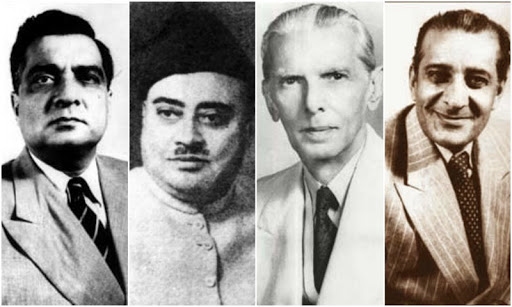 The partition of the subcontinent initially gave rise to two countries. The region, which was divided on the same day, spent more or less 200 years under British rule, but after independence, there was a difference in the basic pillars of the political structure of the two countries.

Pakistan had to structure its political system under the India Act of 1935, under which Quaid-e-Azam Muhammad Ali Jinnah, the leader of the Muslim League, was sworn in as Governor-General by Lord Mountbatten, the last Viceroy of India.

The office of Governor-General of India first came into being in 1773 at Fort William, where Warren Hastings was made the first Governor-General appointed by the Board of Directors of the East India Company.

After the partition of India, the post of Viceroy was abolished, but the United Kingdom symbolically retained the post of Governor-General.

The post of Governor-General was the most powerful post under the Indian Act of 1935, and after taking the oath of office, the Prime Minister-elect of Pakistan also became subordinate to the Governor-General.

The post of Governor-General was withdrawn from Khawaja Nazimuddin and he was given the post of Prime Minister otherwise he would not have left this most powerful post.

As soon as Khawaja Nazimuddin resigned as Governor-General to take over the PM’s post, the Cabinet of the Constituent Assembly nominated Finance Minister Malik Ghulam Muhammad as the country’s third Governor-General.

Ghulam Muhammad was neither involved in Muslim League politics nor was he a political activist. He was a bureaucrat who was included in the first cabinet as finance minister with the consent of Quaid-e-Azam Muhammad Ali Jinnah.

Probably the reason was that he had good relations with the Nawab of Bahawalpur and Nizam of Hyderabad and these two personalities had close ties with Quaid-e-Azam Muhammad Ali Jinnah.

Ghulam Muhammad, the country’s third governor-general and bureaucrat, had a bad relationship with Prime Minister Khawaja Nazimuddin, who used his personal powers to send the prime minister home in 1953 and dissolve the Constituent Assembly.

The Governor General’s move was challenged by the President of the Constituent Assembly Maulvi Tamizuddin in the Sindh High Court and the court ruled in his favour, but the Supreme Court of Pakistan rejected the decision of the Sindh High Court. Provided legal protection to the move.

The first major political blow to Pakistan was dealt with by bureaucrat Ghulam Muhammad, who had now been given constitutional legitimacy by the Supreme Court. Not only that, but the Governor-General nominated Muhammad Ali Bogra, Pakistan’s ambassador to the United States, belonging to the Nawab family, for the post of Prime Minister.

It should be noted that this is the same Muhammad Ali Bogra who was against giving Urdu the status of national language on which he was separated from politics by the first Governor-General Quaid-e-Azam Muhammad Ali Jinnah and sent to Burma on a diplomatic mission. Ali Bogra became the third Prime Minister of Pakistan.

Whether it was the fate of Pakistan or the growing power of the Establishment in the early years leaves the decision to the critics. But the appointment of governors-general and the first three prime ministers violated democratic principles, but the whole nation suffered the consequences of undemocratic decisions.

A resolution was tabled in the Constituent Assembly seeking repeal of Articles 9, 10, 10B, 10A and 17 of the Act, which was immediately passed by the Assembly. Following the passage of this resolution, the Governor-General no longer had the legal authority to dismiss the Prime Minister-elect.

After the approval of the resolution, differences arose between the Governor-General and Prime Minister Muhammad Ali Bogra. He left the visit incomplete and returned to Pakistan. The Governor-General dissolved the Constituent Assembly in 1954 using executive powers.

Meanwhile, Ghulam Muhammad also fell ill, so he took a two-month leave and went to Britain, and the post of Governor-General was handed over to Major General (retd) Iskander Mirza.

Addressing the nation on Radio Pakistan, Governor-General Iskander Mirza said that the Prime Minister has been dismissed in view of political instability in the country.

It may be recalled that Iskander Mirza was appointed Minister of Home Affairs, Minister of Commonwealth Affairs and Kashmir Affairs in the government of the deposed Prime Minister Bogra. He also served as the Governor of East Pakistan.

The Prime Minister of Pakistan was once again attacked under the guise of the post of Governor General and the deposed Prime Minister Muhammad Ali Bogra was sent back as Ambassador to the United States.

These were very unusual events that were born from the womb of the Governor General. Chaudhry Muhammad Ali was also instrumental in drafting Pakistan’s first constitution, but as political differences with the Muslim League escalated, pressure mounted on Muhammad Ali, another new party from the Muslim League, the Republican Party. Came into existence

Meanwhile, differences between the Governor General and the Prime Minister began to grow, which eventually culminated in the resignation of Chaudhry Muhammad Ali. Chaudhry Muhammad Ali also left the PM’s post and resigned from the party membership of the Muslim League.

Did Hussain agree that both Governor General Iskander Mirza and Prime Minister Suhrawardy were from Bengal?

Suhrawardy also faced a number of political challenges, especially as the Muslim League, the Republican Party and the Awami League had different views on the One Unit scheme in the country, and Prime Minister Suhrawardy’s difficulties began to increase. ۔

When Suhrawardy tried to get a vote of confidence from the parliament, Iskander Mirza created problems for the prime minister. Eventually, Suhrawardy submitted his resignation to Iskander Mirza. Earlier, the Governor General kept forcing the Prime Minister to resign, but now the President has taken over this responsibility.

It may be recalled that II Chandragar had also been the provincial president of the Muslim League in Bombay in 1937 and had also held the post of Minister of Commerce and Commerce in the first cabinet of Pakistan.

II Chandragar was given the post by President Iskander Mirza at his request, so the President did not allow this Prime Minister to stay for more than two months and on December 16, 1957, he resigned from II Chandragar and sent home.

This same democracy is still fighting for its survival 70 years later. The worst thing that the post of Governor General has done to Pakistan’s politics in the political history of Pakistan will live on in history forever.

Quaid-e-Azam wanted this post to provide Pakistan with a strong democratic structure that would make Pakistan a welfare state.

Ironically, after the death of the Quaid-e-Azam, the post became a seat of power around which the musical chair game began.

Whatever the strength of democracy, the hands of the dictatorship became so strong that they had to wait until the 21st century and the 18th amendment to weaken them.