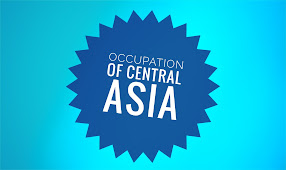 Russia’s advance towards Central Asia began during the reign of Ivan IV in 1552 when the Russians occupied Kazan on the banks of the Volga River.
The first contact of the Russians with Iran took place in 1664 during the reign of the Safavid ruler Shah Abbas
II.  This year, Alexis, the Duke of Moscow, sent two ambassadors with 1,800 men.   He was given a warm welcome by the Safavid ruler, but it soon became clear that he was, in fact, a businessman who acted as a diplomat to avoid cashmere and other Iranian payments.  The ruler was furious at the behaviour of the Iranians and incited the Cossacks to invade the Iranian province of Mazandaran.
Kept trying, but retreated. This failure made no difference to Russia’s intentions to advance to the southeast.  Sent a large army under the command of Luch (Buchholtz) in 1715, but it did not succeed. During this period, Petrol established relations with the rulers of Khiva and Bukhara.
Ravi agreed to accept the leadership, so in 1715 a Russian army was led by Count Berkovich, but in the meantime, the ruler died and his successor repulsed the Russians army.
SendShare234Tweet146Pin53Send