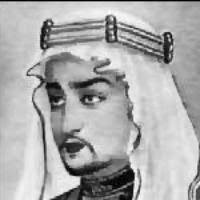 Hajjaj bin Yusuf Umayyad, known for his cruelty and oppression, was in charge of the governorship of Iraq from all over Tamtrak for the blessings of the caliph Walid bin Abdul Malik bin Marwan. Emad-ud-Din Muhammad ibn Qasim al-Thaqafi was born in the city of Taif in modern Saudi Arabia on December 6, AD and was orphaned as a boy. Raised in the shadow of Bin Yusuf, the Raja of Sri Lanka (Sarandeep) sent some Muslim families to Arabia with gifts, which Raja Dahar looted and took possession of, including women and children.
When she arrived, Ghairat Muslimani got excited and with the approval of Caliph Waleed bin Abdul Malik, she gave an army to her son-in-law Muhammad bin QasimIbn Qasim set out to subdue Dahir and free the abductees.
Ibn Qasim landed at the port of Debal by sea, passed through Brahmanabad, reached Multan via Arwar or Alwar. Raja Dahir was defeated the worst. Bhim Singh Ibn Qasim Inspired by the good behavior of Ibn Qasim, Amla Raja Dahir was killed by the Islamic Lashkar.
Thousands of people had converted to Islam due to the good behavior of the Islamic Lashkar. The swordsmen had done their job and the city was conquered. The jokes were becoming fanatics of Islam. The Hindus, oppressed by the oppression of the weak believers, considered Muhammad bin Qasim as a deity and were worshiping him.
The pilgrims died at the age of 5 in AD. Abdul Malik also passed away. Waleed’s younger brother Ayyash Suleiman bin Abdul Malik, who is somewhat selfishAs soon as he took over, he started taking revenge on the family of Hajjaj. In the past, loyalty to his elder brother Waleed cost the family dearly.
When Abi Kabshah delivered these orders, the Islamic Lashkar was ready for further advance towards North India. The news of the demise of the Lashkar was ready for a coup d’etat. The locals were ready to die at the behest of Ibn Qasim.
The young Rajput Bhim The Sangh had assured him of all kinds of loyalty, advising him not to go to Hamdard Bin and revolting, but fortunately for the great son of this nation who sacrificed his life but did not want to divide an Islamic government.
Was Caliph Sulaiman bin Adal Malik bin Marwan (2-5) completely in the hands of flatterers and flatterers? He took the conqueror of Sindh to Kufa and killed him.July 7, AD proved to be the last day of the young brave Mohsin of the subcontinent.
Hazrat Umar bin Abdul Aziz tried his best to save Ibn Qasim but he was spared, but destiny had announced his decision. The lamp of the life of a great general of this ummah was extinguished in old age due to personal enmity and jealousy.
Historians write that after the martyrdom of Muhammad ibn Qasim, heavy clouds, thunderstorms and fierce winds blew from the sky.
Muhammad ibn Qasim (may Allah have mercy on him) and the great general Governor of Khurasan Qutaybah ibn Muslim (3 to 4) who rendered unforgettable services during the reign of Walid ibn Abdul Malik from 5 to 7 AD caused irreparable damage. Is full of countless incidents, but this history shows that ours The wars won by the rulers are often the result of a prostitute or a loser at the negotiating table.
The important role in the protection of nations is not only the sword and blood of the soldiers but also the political understanding of the ruling time Also does
SendShare234Tweet146Pin53Send