Mother of the Nation Fatima Jinnah

Mother of the Nation Fatima Jinnah 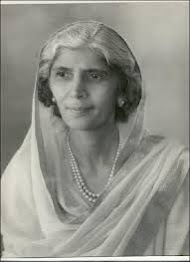 “She was a real image of her great brother, tall and strong, even at a good age. A pale face, a snub nose, a twinkle in the eye, a ponytail of everything, white hair, a tingling sensation on the scalp, a glow in the voice, a gleam in the voice, a wonder in the mood.
The glory of great men, independence from head to toe, strength in speed, greatness in character, a mirror of Quaid-e-Azam’s personality, soft like Saba and Sambal, warm like thunder, Bani The symbol of Pakistan, a fence with a sense of pride near which devotion grows from a distance, brother emperor sister helpless.

A daughter named Fatima was born in Mithi Bai. When this girl reached the age of two years, she lost her mother’s affection and love. Her elder sister took care of her upbringing. When he regained consciousness, he heard the mention of his brother who was studying in England and his desire to meet him increased.

When the whole family shifted to Bombay, the brother arranged for the education of 4-year-old Fatima at home. The love of the siblings was like Fatima’s childhood. Mullah Muhammad Ali Jinnah taught his sister instead of his brother despite the strong opposition of the entire family and the family, the sister was admitted to the Bandra’s Nine Net School, where she used to feel scared when she went to school. He used to go to the classes of St. Peter’s which gave him confidence and he got good marks in all the levels of the school. In this way the Quaid admitted him to St.

Peter’s School or where he did his matriculation. She passed the exam from Mia B. After graduating from school, she passed the examination of Senior Camera J. She is now fluent in fluent English. Meanwhile, Quaid-e-Azam married Ratan Bai. In order to fill this gap, on the advice of his brother, he took over the Ahmed Dental College in Calcutta. But when the rattan on February 2The son passed away. His death had a profound effect on the Quaid-e-Azam.

How could a loving sister want to leave her brother alone in this situation? Take charge of the responsibilities of the house and the Quaid-e-Azam became free from all worries and started participating in the freedom movement.

The Quaid-e-Azam himself was acquainted with his sister’s abilities, so his attention and compassion compelled Ms Fatima Jinnah to attend all the meetings alongside her brother. After discussing the points, Quaid-i-Azam rewarded him with his valuable advice. He was acquainted with his abilities. He followed his sister’s advice and supported and encouraged her. When Quaid-e-Azam Muhammad Ali Jinnah was in London So Fatima Jinnah was also with them.

They stayed there for many years but the colourful atmosphere there could not affect them. The motherland always wondered how these countries developed. There is no such thing as poverty and destitution. After all, why are the people of our country deprived of these facilities? All the people with developmentThat is why he made hard work day and night his motto in the freedom movements.

When Pakistan emerged as an independent country on the world map in 1971, it was accompanied by a host of problems, especially the arrival of migrants and their rehabilitation. The people had started the tradition of infringing on the rights of the rightful claimants by filing false claims. The people of the nation were busy day and night to remove these problems.

During this time, the health of the brother deteriorated. However, he began to pay special attention to his brother’s care, but nature did not approve of him. The country in which the Quaid worked so hard to build, he could spend a year in it during Quaid-e-Azam’s illness. Died. How will the mother of the nation have endured the trauma of her brother’s death? She will follow the path taught by her brother and make the service of the people her motto. And those who were trained by Quaid-e-Azam did well There was a wave of anger, especially in East Pakistan.