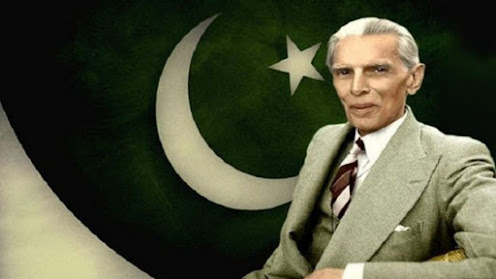 Founder of Pakistan Quaid-e-Azam’s real name is Muhammad Ali Jinnah. Quaid-e-Azam was born on December 25, 1876. His birthplace is Wazir Mansion in Karachi, Pakistan but it used to be a part of Bombay at that time. Jinnah was the second of his siblings, with three brothers and three sisters, including Fatima Jinnah.
His parents spoke Gujarati, except for Fatima. Little is known about the other siblings. As a boy, Jinnah lived with his aunt in Bombay for some time, where he may have attended Gokal Das Tej Primary School. Educated at Cathedral and John Cannon School. In Karachi, he attended Sindh Madras-ul-Islam and Christian Missionary Society High School.
He matriculated from Bombay University High School. Quaid-e-Azam Muhammad Ali Jinnah was a promising figure, a principled politician, a great jurist and a great thinker. Officially, you are the Quaid-e-Azam in Pakistan The great leader and father of the nation is also called the father of the nation.
When Pakistan emerged on the world map, he became the first Governor General of the new country and held the post of Governor General of the country till his death. Jinnah’s birthday is a national holiday in Pakistan. Muhammad Ali Jinnah was the head of the All India Muslim League from 1913 until the independence of Pakistan on August 14, 1947. In early politics, he worked tirelessly for Muslim unity.
He also put forward fourteen points for the protection of rights. He resigned from the All India Congress in 1920 in view of the traditional rhetoric of Hindu Banis and came to the conclusion that a separate homeland should be fought for the Muslims of India. In 1895, at the age of 19, he became the first Indian to be called the youngest bar in Britain.
When he returned, he spent a short time in Karachi. Moved to Bombay. At the age of twenty, Jinnah began practicing law in Bombay. He was the only Muslim barrister in the city at the time. He used to speak English and this habit lasted all his life.

Before moving to the UK, under pressure from his mother, he married Amy Bai, a distant relative who was two years younger than Jinnah. However, the marriage did not last long. Their only child, daughter Dina Wadia, was born on August 15, 1919.

Jinnah’s daughter was educated in Britain and India. Relationships between Jinnah and his daughter deteriorated when their daughter The Christian expressed his intention to marry Newell Wadia, who belonged to a wealthy Parsi merchant family. While Jinnah wanted to marry a Muslim, he told his daughter Jinnah that “you also did not marry a fellow believer.

” Of ” ۔ Jinnah tried to resolve the issue amicably but there were gaps in the father-daughter relationship and his daughter did not meet Jinnah after the formation of Pakistan. However, she attended the funeral.

The Western world greatly influenced Jinnah’s politics. In his private life, he was also influenced by Western clothing. All his life he had been in the public eye, taking special care of his clothes.

When Quaid-e-Azam returned to India and took over the leadership of the Muslim League, it was a marvel of his charming personality that the eminent Muslim leader along with the people accepted him as their leader. Dream of Pakistan in a few years under your leadership It became a reality and thus on 14th August 1947, the name of an Islamic state of Pakistan emerged on the world map.

The founder of Pakistan, Quaid-e-Azam, in his address to the first Constituent Assembly, said, So the entire attention has to be focused on the welfare of the people, especially the non-class. Every person, regardless of his sect, color, race, religion, is a citizen of the country first and foremost. Its rights, privileges and responsibilities are equal. ”

Jinnah moved to Ziarat on July 6, 1948. During this time, Jinnah underwent continuous physical examination and, seeing his physical delicacy, the government of Pakistan sent the best doctors to treat him. Told of cancer. Mohsin Pakistan was diagnosed with pneumonia in November. Doctors advised him to go to Karachi where he could get better treatment and with his consent he left for Karachi on September 11.

After landing in Karachi, he was put in an ambulance. But the ambulance broke down on the way. After waiting for an hour, another ambulance arrived and Jinnah was shifted to a government house. Jinnah 10 in the morning: