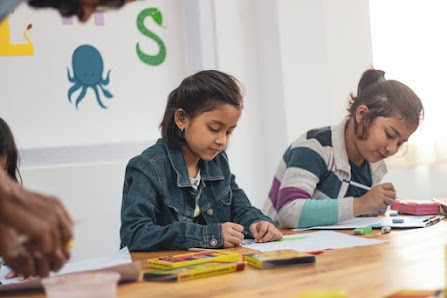 The free education of men and women in the same institution is called co-education. This method of education has been practised in the West for many centuries and with the passage of time, it has become a tradition in our country as well. At present this system of education is almost entirely applicable and many private colleges and schools are following it. This system of education has been the subject of debate among us for the last several decades and its proponents and opponents have expressed their views. Gives many arguments to prove it right .. Of course, where there are many advantages there are also many disadvantages .. Let us discuss these advantages and disadvantages in turn
The teachings of Islam about getting an education are clear and unambiguous The Prophet (peace and blessings of Allaah be upon him) said:
“Education is obligatory for every man and woman.”
That is to say, there is no denying that Islam has made it compulsory for men as well as women to get an education and has made it obligatory on the Islamic society to provide all possible facilities for the education of women so that they can be free. To be able to get their education and contribute to the development and welfare of society .. Educating women is also very important for the training of society .. An educated woman can lead a whole family and her education for many generations. This is the reason why the government of the two worlds, the Prophet (peace and blessings of Allaah be upon him) said in another place, “
Educating a woman is educating an entire family.”
Now the question arises how to educate women and is the co-educational system a suitable system for this purpose? .. The biggest advantage of co-education is that it creates an atmosphere of trust between the two sexes. And students studying in a mixed education system are more confident than others. In fact, unless men and women are allowed to sit together, they have a lot of misconceptions about each other and feelings of inferiority. But when they have the opportunity to study together in the same classroom, they talk to each other, which removes many misunderstandings, eliminates feelings of inferiority and increases confidence. This creates an atmosphere of mutual trust which is essential for the development of any society.
“If you want to see you at the forefront of youth development Give her mental and intellectual freedom transcend sex discrimination”
segment Fried
students in this age suffer from mental napkins and the Internet, mobile technologies such as positive As well as having negative effects, it has also increased mental immaturity and excitement. In such cases, co-education makes it easier for students to go astray, leaving educational goals and benefits behind. Society suffers from moral decay.
Ahh! The young bloodthirsty
sorcerer of the school, African
The education system introduced by the British to strengthen their rule in the subcontinent was entirely a mirror of Western civilization and its specific purpose was to make the new generation of Muslims a model of Western civilization and they were very much involved in it. The majority of us are blindly imitating them as if the British are forced to speak English in their native dialect but the Japanese, Germans, Italians and Chinese do not try to mould their natural dialect into the English template. The times have given us this legacy of inferiority, so speaking English in English is considered to be like conquering half the world. This is just a sample of rice, otherwise, there are many such examples in different walks of life.
We have had a co-educational system for some time, but the majority is unaware of its harmful aspects, and those who dislike it are called “conservative, stereotyped, reactionary and mixed.”
The microcosm was named after the jinn, the microcosm of the jinn,
whatever your charisma may be.
Russia, after experiencing a mixed education system for twenty years after the revolution, rejected it outright. It has happened and even in western countries there is no co-educational system in good universities, colleges and schools, so are these people also narrow-minded ??
There are also many countries in the developed world that have not adopted the co-educational system at every stage, especially in the secondary classes because at the moment students are psychologically in their development at a stage where mental and emotional maturity Instead, hegemony prevails. In primary education, children are unaware of it, but now TV, internet and mobile have drowned them too.
Today, our young people are facing issues and confusions due to co-education that are a constant threat to their better future. However, if a good environment is provided in the institutions where the chances of misbehaviour despite mixed education are minimal and students are inclined towards positive activities, they will spend most of their time in extra-curricular and extra-curricular activities. Mental and moral training should be used to refine their dress, conversation and sitting postures and to keep them away from futility as much as possible. Awareness of boundaries should be awakened in the young students and their complete guidance should be provided in respecting each other and working for each other.
The knowledge that makes a woman effective is
called Nazan by the Lord of Death
ADVERTISEMENT