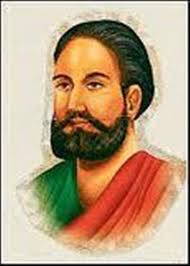 Mir Taqi Mir real name Mir Muhammad Taqi was a great Urdu poet. Mir was his nickname. Mir Taqi Mir’s position in Urdu poetry is very high; he was awarded the title of God’s Word by critics and later poets. He was one of the unique poets of his time. The

great Urdu poet Mirza Ghalib has written about him.

You are not a teacher of Rekhta. Ghalib

says that there was a

Mir in the next period. Mir Taqi Mir was born in 1723 in Agra. His father’s name was Muhammad Ali but Ali was known as Muttaqi. And the dervishes were recluse.

Mir received his early education from his father’s friend Syed Amanullah, but before further education, when Mir died when he was only nine years old, his father started his own education and training.

But he died a few months later. This was the beginning of a long chapter of sorrow in Mir’s life.

His half-brother Muhammad Hassan did not treat him well. In search of a livelihood, he reached Delhi and became employed by a Nawab. But when the Nawab was killed in a battle, Mir returned to Agra. But nothing of the past could happen.

So he left for Delhi again and stayed with his aunt Sirajuddin Arzoo. At the instigation of his half-brother, Khan Arzoo also started harassing him. Some griefs, some griefs created the condition of jinn.

Mir’s time was a time of insurrection and strife. After enduring hardships and difficulties on all sides, Mir Gosha finally left for Lucknow in search of health. And after the difficulties of travel, he reached Lucknow.

There his poetry flourished. Nawab Asif Al-Dawla fixed a monthly stipend of three hundred rupees. And I began to live comfortably.

But because of his temper, he got angry over something and left the court. The deaths of a young daughter and wife in the last three years have added to the trauma.

Finally, this harem of Iqlim Sokhan, the emperor, at the age of 87, fell asleep in the arms of Lucknow in 1810.