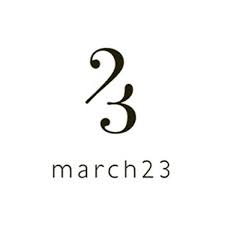 Some days, months and years have special significance in the history of nations. March 23, 1940, is one such day, month, and year when we came up with an idea for a new state. This day is celebrated with great enthusiasm every year. Various parties hold rallies in this regard. Special programs are also offered on TV channels. For many years, it has been observed that in the programs of most TV channels regarding March 23, an attempt is made to prevent the name of Islam from appearing on anyone’s lips. No statement, no speech, no commentator, no host of any program (anchorperson) talks about Islam. The fact is that we are gradually deviating from the ideology that is the basis of Pakistan. Opponents feel the survival of their power only by staying away from Islam. Pakistan I asked Subhanahu wa Ta’ala, it was a covenant. Allah (SWT) has clearly stated in His book that if you abide by this covenant, the help of Allah (SWT) will be with you. But today our choice has changed. Our rulers are trying to make us forget this idea as we have forgotten our great past. 23 The month of March is a reference to a great past with a few memories.

It was March 3, 1924, when the splendour, grandeur and unity of Islam spanning 1,300 years came to an end. Muslims were deprived of honour and respect all over the world. When the Khilafah came to an end. Since then, Islam has been presented as a backward system and efforts have been made to prevent the Muslim Ummah from reuniting. The unity of the Muslim Ummah is mentioned as if it were a Stone Age thing. The reference to Muslim rulers has been made to a life of mere luxury. The study of Islamic history does not go beyond the personal lives of the rulers and in no way the economic condition of the people of this era, zero inflation, no unemployment, basic needs are easily met, so much prosperity that zakat recipients are impossible. , The absence of sectarianism and cultural development is not allowed to be mentioned. These great rulers united hundreds of regions around the world with the power of Islam and the Arabic language.

At a time when the Mughal Empire was in decline, Lord Macaulay had said in the British Parliament on February 2, 1835, “I have travelled all over India, I have not seen a single person who is a beggar or a thief.” I have seen such great wealth in this country, such high moral qualities and such great people that I think we cannot occupy this country unless we destroy the real power of this nation and that is Islam. “India was the world’s economic superpower at the time.

Throughout the 1300-year history of Islam, interest has never been a part of its economic system. Nor is there any evidence that a poverty alleviation program has ever been devised because there was no such thing as poverty in which a person needs two meals a day. In 1901, when the Islamic government was very weak and indebted, Dr Hertzl, the head of the UN, offered Sultan Abdul Hamid II to sell part of the Palestinian land to the Jews. The Sultan replied, “Please tell Dr Hertzel that I cannot sell even a handful of Palestinian land because it is the land of the Muslim Ummah, not mine.” My people have fought hard for it and have watered it with their blood. Jews keep their money. If one day the Islamic government is overthrown, they can get Palestine for free, but as long as I am alive, my body will be dismembered.

For a thousand years, Muslims were the superpower of this world. After that, it remained a great power until its demise. The court record of that time still exists today. Which shows that less than 200 hands were cut off in a whole 1300 years. King Charles III of Sweden remained a Muslim prisoner for four years. The first order he issued after his release was the establishment of an ombudsman’s office.

The tremendous military power of the Muslims at that time can be gauged from the fact that during the reign of Caliph Salem III, the governor of Algeria collected from the United States سال 642,000 a year in gold and 12,000 gold coins as taxes. The tax guaranteed the release of American prisoners in Algeria and the safe passage of American ships across the Pacific and the Red Sea. It was the first time in history that the United States had been forced to sign an agreement written in another state’s language. The date was September 5, 1795.

The quality of the Muslim education system at that time can be gauged from a letter written by King George II of Britain, Sweden and Norway to King Hisham III. In the letter, he wrote, “After greetings, I would like to tell Aali Jah that we have heard about the great development and abundance of your schools and industries.” We want our sons to learn these things so that it is a good start to follow in your footsteps and through it the light of knowledge can spread in our country which is surrounded by ignorance on all sides. ”

Today, a constant effort is being made to forget this great history and deeds of the Muslims spread over one thousand three hundred years. The deeds of Muslim conquerors and great Muslim kings are being erased from the curriculum. The great Muslim state has been divided into small countries and fake enmities have been created among them. Islamic renaissance activists are being targeted around the world. Organizations such as the Arab League and the OIC are being touted as a symbol of Muslim unity. The issues of Palestine and Kashmir are being resolved through American mediation, while in the words of the Qur’an, these are the people who are happy with the destruction of Muslims. March 23 was a covenant with Allah Subhanahu wa Ta’ala. To make Islam a way of life in this country. Elections are to be held in a few months, but the EFA of this charter is not involved in the struggle of any political party. Religious parties United Majlis The form of action is once again the process. Let’s see what is the benefit of idol lovers.