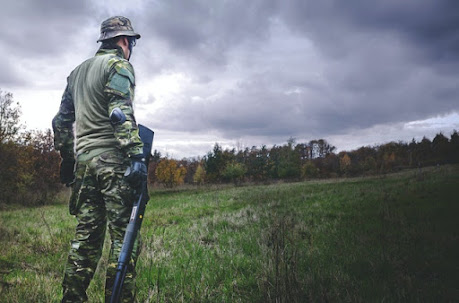 It is important to tell our young generation that the country that exists on the world map today as Bangladesh was known as East Pakistan before 1971.

The majority of the inhabitants were Bengali and Bihari Muslims while The Hindus lived there.

The region was about a thousand miles from West Pakistan, the only sea route between West and East Pakistan, and India was an obstacle. However, it was on August 1, 1958, that a detachment of the Indian Army crossed the border in the dark of night and quietly occupied the village of Lakshmipur. The Muslims living in the village were intimidated and evicted.

The Hindu population was integrated into India. When the news reached the East Pakistani authorities, the then Governor-General Muhammad Amaro Khan ordered the Director-General of the East Pakistan Rifles to withdraw the Lakshmipur area in any case.

Major Tufail Mohammad was selected for this most difficult battle. The attack was planned and approved on August 5, 1958. The Indian Army had set up a front at an important stall in Lakshmipur. There was water all around the mound. There was only one path to the mound on which they had installed light machine guns There were fences on both sides of the road.

The soldiers had secretly evacuated Lakshmipur village and reached their old place and instead of the Indian tricolour, a green flag was hoisted over Lakshmipur village. Major Chaudhry Tufail Mohammad was critically injured while being taken to hospital. He was martyred by the government of Pakistan for his unparalleled bravery and selflessness. He was the second officer of the Pakistan Army to receive the Haider Award.

Major Chaudhry Tufail Muhammad was born on July 22, 1914, in Sarobad, a town on the outskirts of Jalandhar in East Punjab. In June 1958, he was posted to East Pakistan Rifles (East Pakistan) where the battle of Lakshmipur took place. His last resting place is at Gaga Mandi, also known as Chak No. EB-253. This is the village where After the establishment of Pakistan, your family was settled.