by admin
in Uncategorized
0
A documentary on the life and achievements of Pakistan’s Nobel Prize-winning scientist Dr. Abdul Salam, Salam, was screened this week at George Washington University in Washington DC. 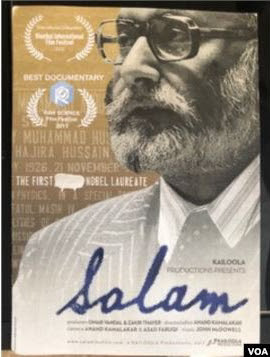