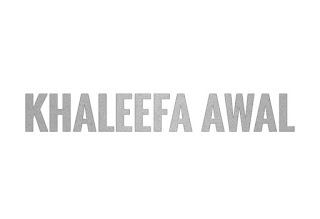 The first caliph was Siddiq Akbar
The one who reigns in the pious life, the one who wears patched clothes, the first successor of the Messenger of Allah and the true bearer of democracy
The one who reigns in the pious life, the one who wears patched clothes, the first successor of Allah’s Messenger (peace be upon him) and the true bearer of democracy.
Hazrat Abu Bakr Siddiq (RA) was only two years younger than our Holy Prophet (PBUH). They had been friends since childhood.
The two lived together in trade. Abu Bakr was a well-known and honest trader even before Islam. And his business was very wide.
When our Prophet (peace and blessings of Allaah be upon him) was given prophethood, Abu Bakr was the first of the young people to convert to Islam.
In Makkah, he was known for his philanthropy and philanthropy. He often bought slaves and set them free.
But when the disbelievers began to harass the Prophet of God and his friends, the Holy Prophet took Abu Bakr with him to Madinah.
On the way there was a danger from the infidels. So they hid in a cave on Mount Thor. When they reached Madinah, Abu Bakr bought the land for the mosque and offered it to the Messenger of Allah.
After that the Quraysh started fighting from Mecca.
Abu Bakr was also involved in all the battles of Badr, Uhud and Khandaq. He was also present at the time of the conquest of Makkah.  When it became difficult to go to the mosque for prayers, he ordered Hazrat Abu Bakr to lead the prayers in his place.
After the demise of the Holy Prophet, the Muslims chose Abu Bakr as their caliph and emir. He clearly said in his sermons that I have been appointed as your servant. If I follow the command of Allah and His Messenger,  Obey, if I do not walk, then do not obey my command.
As soon as Hazrat Abu Bakr became the caliph, many tribulations arose. Some false prophets arose and some ignorant people became his supporters. Some refused to pay Zakat but Hazrat Abu Bakr died.  He resisted these tribulations and crushed them all in a short period of time.
There were battles with the Iranians and the Romans but their decisions were made after the death of Hazrat Abu Bakr. However, the Muslims occupied Iraq and Syria during the reign of Hazrat Abu Bakr.
Only two and a half years of the Khilafah and despite being the ruler, lived a very poor life.
There was no burden on the treasury of the Muslims. He used to take only a few dirhams a day. At the time of his death, he made a will to make Hazrat Umar (RA) his emir after me.  Hazrat Abu Bakr Siddiq (RA) was buried in Hujra Ayesha beside him.
37.09024-95.712891
SendShare234Tweet146Pin53Send