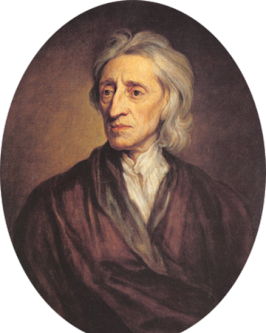 The well-known English philosopher John Locke was the first author to unify the basic concepts of constitutional democracy in a coherent way. His ideas greatly influenced the founders of the United States. Many prominent philosophers of the French Miscellaneous period Locke was born in Rington, England, in 1632. He was educated at Oxford University, where he graduated in 1956.
In 1658, at the age of thirty-six, he was elected a member of the Royal Society. He had a long association with the well-known chemist Robert Boyle. Joined close friends
He was also interested in medicine. He got a bachelor’s degree in this field. However, we did not apply it in practice.
Nawab’s meeting with “Shaftsbury” proved to be an important event in his life. He became its secretary and family physician. “Shaftsbury” was a supporter of political liberalism. Due to his political activities, he was imprisoned in King Charles II. In 1682, he fled to the “Saftsbury” of the Netherlands, where he died the following year. Was done
He also fled to the Netherlands in 1683. He remained under Charles’ successor, King James II, and then remained there until his surrender through the Revolution in 1688. In 1689 he returned home and settled in England. Gazari and died in 1704. The famous book from which he gained fame was “An Essay on Human Understanding” (1690).
In it he discusses in detail the origins of human knowledge, its form and its limitations. Locke’s thought was essentially empirical, while the influence of Francis Bacon and Renے Descartes on his ideas is clear. And had a profound effect on thinkers such as Emmanuel Kant. Although the above-mentioned book is considered one of Locke’s best works and philosophical literature.
However, the impact of this book on historical evolution is less than that of his political writings. In a letter to his book “Tolerance” (first published in 1689 without the author’s name), Locke has taken this position. The state should not curtail the religious freedom of the people. He was not the first Englishman to teach Christians a lesson intolerance towards the Protestant sect.
However, his strong arguments for tolerance played a significant role in improving public opinion for this strategy. In addition, Locke called the advice of tolerance valid for non-Christians as well. Nor are Jews allowed to be deprived of their civil rights in the Commonwealth because of their religious beliefs. ” Locke was of the opinion that this restriction of tolerance should not be imposed on the Catholic sect because he believed that they obey an external ruler.
Nezlardi is also an exception. He is narrow-minded in terms of today’s standards, but in the context of the prevailing ideology of the time, he seems to be justified. In fact, his views in favor of religious tolerance are his. Were acceptable to the readers. Today, thanks to Locke, the tradition of religious tolerance is spreading to the sects which he excluded in this regard.
One of Locke’s most important writings is “Government Cover Papers.”
(1689), in which he discusses the basic concepts of an independent constitutional democracy. The book has a profound effect on the political thinking of all English-speaking European nations. And that it is based not only on the right to life, but also on the right to personal property and liberty.
Locke explained that the main purpose of the government is to protect its people and their property. “The sustainability of governments depends only on the opinion of their people.” Human freedom in society is not subject to any other legal power, but to the power to be established in the Commonwealth by the will of the people.
Locke insisted on the idea of ​​a development agreement. The idea was to some extent a past English philosopher, derived from the writings of Miss Hobbes. According to Locke, the development agreement itself is undeniable. “When the legislature tried to snatch and destroy property from the people or enslave them by tyrannical power, they found themselves in a war with the people.” Found that you were not authorized to demand further obedience.
Together they sought refuge in the God who had blessed them against coercion and violence. ”And that“ the supreme power to repeal or change these laws awakens in the people ”when that legal barrier is their confidence. Lock’s insistence on the right to revolution had a profound effect on Thomas Jefferson and other American revolutionaries.
Locke believed in the principle of division of powers. But we felt that a legislator should be superior to the general administrative officer (and so should the court, which he considered to be a branch of the administrative branch). As a believer in the supremacy of the law, Locke insisted on the right of the courts to declare any legal action unconstitutional.
Locke was a firm believer in the principle of majority rule. He explicitly stated that there is no justification for a government to have unlimited rights. It cannot occupy its private property without the will of the United States. (In the United States, the idea was put forward in the form of the slogan, “Taxes will not be demanded without clear representation”).
Subsequent events in history have shown that Locke articulated all the important ideas of the American Revolution nearly a century ago. The effects on Thomas Jefferson are astounding. His role in France was as an indirect factor in matters such as the French Revolution and the French Convention on Human Rights, although figures such as Walter and Thomas Jefferson are more popular than Locke. And leave its mark on them. It seems reasonable that his name should be higher than both of them in the list.
-36.790342174.7733968
SendShare234Tweet146Pin53Send