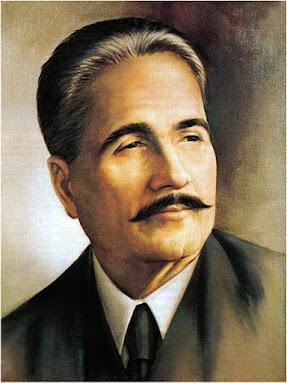 Iqbal Day came and went. Governments have made the November 9 holiday as controversial as last year. The problem of “there will be a holiday, there will be no holiday, yes, no” has not been resolved, so many educational institutions remained closed and many remained open. Why did the government end the six-year-old holiday?
This secret could not be revealed. If the government has to end the holiday, it should be announced in advance. The government says that educational institutions should remain open and children should be made aware of Allama Iqbal. But what happens is that some institutions are open and some are closed, even when they are open, the attendance is low.
The situation and attendance should be ensured, all the children should be informed about the personality, words and services of Allama Iqbal according to their age, the matter should be explained in such detail and order that every child should get acquainted with Iqbal. Teachers are unfamiliar with Iqbal Fahmi.
Despite being the most difficult poet, he had children He has also written very common sense poems for The “Dua” recited in the morning assembly, which has become an integral part of schools, is written by Iqbal, but even this simple and easy prayer is not explained by the teachers in front of their children.
They recite prayers like parrots, but they never thought about which of their wishes come to their lips by praying, and in the light of those wishes, how can a student be a role model for others? Should.

The celebrations on Iqbal Day have also decreased, Iqbal’s understanding is also decreasing, disinterest in Iqbal’s message is also increasing. Get, or get their message out to others, or get interested in their word.

A similar function was held at Ghotvi Hall of Islamia University Bahawalpur yesterday. The guest speaker was Prof. Khawaja Muhammad Zakaria, who had come from Lahore specially for the occasion. The audience included teachers, intellectuals, citizens and students. Khawaja Sahib shed light on the prose and poetry of Allama Iqbal in a very neat and orderly manner.

He said that in objective poetry, usually the purpose becomes more prominent, the poetry is suppressed, that is why the poets who bring purpose in poetry are not very successful, but Allama Iqbal has the perfection that his poetry also He is at his best and there is no shortage of goals.

In Iqbal’s speech, most attention has been paid to the condition of Muslims. He wanted the Islamic nation to unite and solve its own problems. They should not look to the nations of the West for their own good.

Much of his poetry also focuses on the individual training of Muslims. The “man of faith” is also wanted by Allama Iqbal. He calls those who have been trained as a result of collective training as men of faith, who follow the commands of Allah and His Messenger, and keep pace with the times. ۔

Every human being has some or the other ability, if he works hard on it, (this hard work and struggle is called Iqbal-e-Ishq) then man can be on the path of progress. In this regard, Iqbal’s analysis of Muslims is that they leave everything to fate, which is why they do not work hard, do not seek to move forward, do not think of new research.

Iqbal’s word is a beacon for Muslims, but unfortunately Iqbal’s word is not read and understood according to its spirit. If Iqbal is understood and explained one step beyond the curriculum at the official level and his words are really considered as a candle, then Iqbal’s desired revolution can take place in practical form.