On May 8, at one o’clock in the afternoon, the shocking news came on Facebook that Maulana Sultan Ahmad Islahi, a scholar of Rabbani, a follower of Sunnah and a model of the forefathers, who had a deep insight into contemporary social issues, passed away in Aligarh. 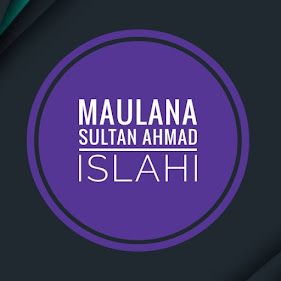 To Allah, we belong and to Him, we shall return. May Allah have mercy on them. The news was later confirmed by Maulana Jirjis Karimi, a member of the Islamic Research and Writing Institute, Aligarh, that he had died of a heart attack yesterday. Then this motto began to circulate in my mind again and again:

How the sky ate the earth

However, Maulana was healthy and fit and free from financial burden as his two sons work in high-ranking jobs in the Gulf. Maulana himself was a dynamic man. He used to read and write and also traveled a lot. But all speculation is useless before the will of God. Therefore, it has to be said that these are all matters of Allah. We also have to leave this world one day so we should keep preparing for it.
Although my closeness to the late Maulana was less during the establishment of Aligarh, there was a deep attachment to him. And for the gift of their memories, I will remember them for the rest of my life. He would be very happy whenever he saw my writings in any scholarly magazines and journals and would appreciate my opinion and offer many prayers. He would always suggest that you write on such and such a topic.
This will directly benefit the nation and increase your prestige and confidence. By the time he joined the Institute of Research and Authorship as an employee, he had become disillusioned with the current administration’s misconduct, but somehow he continued to come and go. Before joining the company, whenever I met him and my eldest son was with me, I would hand him a packet of biscuits and at least a hundred rupees.
If I forbade him, he would say, “Shamim Sahib, keep quiet. This is also my child.” Every Eid on the occasion of Eid-ul-Fitr, he would call me and my children and feed them all kinds of needles and sweets and give Eid to my children. If I did not understand any jurisprudential issue, I would turn to him and go to his house. Because in my opinion, there was no one else with such a deep insight into jurisprudence.
The Islamic Jurisprudence Academy had a seminar in Burhanpur. When I reached his house to inquire about a modern issue, I found out that he and I had very different opinions on this issue. If Muslims get it, they will make fun of it.
While in the light of jurisprudential details, it is denied. Maulana understood my point and wrote down his final article that I will consider further later. Then he took out about two thousand rupees and said that it will make a two-way railway ticket for both of us. We will both go to Burhanpur together. When it was time to leave, he called Shamim Sahib saying that my trip is not possible, because my visa to go to Saudi Arabia has come to go to my eldest son, so cancel my ticket, I canceled the ticket and paid Rs.
When I went to give it to him, he just said about my ticket for his ticket money that it is for you from me. Maulana was very dear to me probably because I had taught Arabic and Urdu to his two children at Iqra Public School as a teacher. He later told me that you are my boys’ teacher. Anyone who saw Maulana would fall in love with him. He wore a clean white cloth, wore a white turban on his head, and carried a khadi-type bag around his neck, which contained everything he needed immediately. For example, glass, biscuits, knives, needle thread, etc. When they walk, the one who sees them is tall and

What lion is coming that the run is trembling

He was very sociable and dynamic. He had a deep connection with Jamaat-e-Islami. He used to observe fasting and prayers and follow the smallest Sunnah wholeheartedly.
Maulana has long been associated with the Islamic Research and Writing Institute, Aligarh. Like Maulana Sadruddin Islahi, Maulana Syed Jalaluddin Umri, Dr. Muhammad Razi-ul-Islam Nadvi, he has always been engaged in raising the academic standard and prestige of the institution. Dozens of his important books were first published by the institution and later by the Central Islamic School. He was a great writer as well as a great thinker and orator. He also had a keen eye on Islamic jurisprudence. He was particularly interested in contemporary issues.
He read Urdu, Hindi, and English newspapers with a big microscope and collected their clippings. Most of them presented the solution to the problems in the light of the Qur’an and Sunnah which the Muslim Ummah is currently facing and which is the reference. One of his books, Islam’s Theory of Sex, is a clear example of this.
‘Joint Family Life and Islam’, ‘Foreign Life and Islam’ are very informative books. As scholarly seminars and conferences held in India Special invitations were made. He used to attend the academic programs of the Islamic Jurisprudence Academy and Objective Studies with great restraint and present his views on jurisprudence in the light of great style and arguments, which people would be forced to accept.
When I came to Kolkata Alia University, they would call me and ask how I was. When I organized a three-day international seminar on behalf of the Department of Theology in association with the Islamic Academy, entitled “Multiplicity of Society, Islam and Muslims”, they kept me informed of the mysteries involved in carrying out this task.
He could not attend the conference due to some important engagement but submitted his dissertation to the academy. When he heard about the success of the conference from another source, he encouraged me and said that this is what I expected from you.
Two or three weeks ago, Maulana sent me his first quarterly magazine, Ruh was Adab, of which he was the editor, by post in Kolkata. Perhaps Maulana Kaya was the last gift of knowledge for me, which I need to protect.
May Allah grant patience to those who are left behind and may the Muslim Ummah be rewarded for them. Amen.

Intro text we refine our methods of responsive web design, we’ve increasingly focused on measure and its relationship to how...