Long ago, there lived a king who loved monkeys very much.  He had a favorite monkey that he lived very close to as a friend.  Because the king thought the monkey was very clever and sincere.  When the king was resting in his room, the monkey would sit next to him and take care of him like a guard. 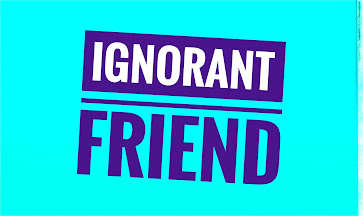 A few days later, the king went to a nearby forest to hunt animals and birds.  When he returned from hunting, he was very tired.  So, he fell asleep early that day.  He said to his monkey, “Look around so no one bothers me when I sleep!”  The monkey said, “All right!”  And he sat down beside the king, and took a sword in his hand, and protected him.
After a while, the monkey heard the sound of a fly around the room.  The bee approached and sat on the king’s face.  The monkey tried hard to get rid of the fly, but it flew away and landed on the king’s nose again and again.  The monkey became very angry and said, “I will kill this fly!”  So, when the bee landed on the king’s nose again.  He struck her with the sword.  The fly flew away, but the sword fell on the king’s nose and cut off his nose.  That is why it is said that a wise enemy is better than a foolish friend; because this foolish friend is ready to cross all boundaries for your pleasure, happiness and love, and this becomes the purpose of his life.  But people often avoid such friends, and get nervous because Kevin’s excessive love causes them disrepute and embarrassment, and their actions only add to it instead of solving your problem.  ۔  Perhaps it is for such people that Mirza Asadullah Khan Ghalib said.
If you are a friend, why is his enemy the sky?
These sayings apply to the Pakistan Tehreek-e-Insaf (PTI) and its allies. Whenever they open their mouths, they cut off the noses of Pakistan and Pakistani institutions and cause disrepute.
A few days ago in the upper house, Barrister Muhammad Ali Saif of the ruling coalition party MQM, while addressing a debate on the motion to introduce an amendment bill to reduce the share of provinces in the National Finance Commission Award, said that  “You fight in Kashmir and Afghanistan. Pakistan’s army is behind you.”
First of all, this war is always fought by the forces and the people stand behind them in their support and the parliament approves this war.  But the senator said that now the people have fought the war and the army will stand behind them.  Wars are still going on in many parts of the world. Take the example of War on Terror. Did the representatives of any country tell their people to fight the war?  In fact, the senator’s statement is an insult to the Pakistani forces, which are currently fighting the terrorists alone.
The most important thing is to incite war in Afghanistan, a speech condemned by Afghan officials.  Afghanistan currently has an elected government and the Afghan Taliban and the United States have a peace treaty, and to incite war against a country at this time is in fact to help Pakistan declare a terrorist state when Pakistan is already financially secure.  He is on the gray list of the Action Task Force (FATF) and is accused of financing and supporting terrorists.  At such a time, it is not good to incite people to war and to discredit Islam and the country by calling this war jihad.  From the senator’s words, the enemies of Pakistan will conclude that those who are fighting in the name of jihad in Afghanistan have Pakistani forces behind and in support of them.  It is as if our forces are backing these mischievous elements, and a similar situation exists in Kashmir where India is looking for an excuse for the False Flag operation to prove Pakistan a terrorist country.  We have seen in the past that India justified such a statement by defaming Pakistan all over the world and later India blamed Pakistan for ‘false flag operations’ like Pathankot and Plowama and justified the attack on Pakistan.  ۔  Prime Minister Imran Khan, in domestic and foreign media interviews, speeches and Twitter messages, has again expressed concern over the current situation of ‘False Flag Operation’ by India.  And inciting people to war and jihad in this situation is a manifestation of ignorance, lack of seriousness and ignorance of world politics.
It is well known that one country intervenes in another country, spies there, and provides support to insurgent elements, the United States, China, Russia, and almost every country do it on its own terms (as recently Russia  Alleged rewards to the Taliban scandal has garnered media attention accusing Russia of rewarding Taliban fighters for killing US troops in Afghanistan (but it never happens.  Standing in the House, Barmala should express that his forces support such people or such ideology.  In fact, his words are open enmity with the country and the army.  Earlier, the aforesaid Minister for Aviation, Mr. Ghulam Sarwar Sahib, while standing in Parliament, made an untrue claim about PIA, a Pakistani company, saying that 30% of PIA pilots have fake degrees or licenses and then Civil Aviation.  The Asian Authority’s investigation has denied the allegations.  But with his statement, PIA was banned in the world and Pakistani pilots were grounded.  Today, PIA has been completely destroyed and Pakistan is being ridiculed all over the world.  Not only these government ministers and allies but also our Prime Minister Imran Khan has repeatedly said in his foreign visits and interviews that Pakistan is a corrupt country with corruption, money laundering, institutional destruction and many other allegations.  Instead of thinking that they are in government and finding a solution to these problems, they open their mouths for no reason and add to the problems and then think that the world will appreciate their action.  In fact, by doing so, these ignorant people disgrace their own country and cut their noses all over the world.
Finally, we request the politicians of our own country to open their mouths whenever they think, lest what you say should cause disgrace, disgrace and discredit to the country and its institutions.
SendShare234Tweet146Pin53Send