One day when I went to a nursing home in Delaware, a small state in the United States, I found a patient in a state of unconsciousness on a ventilator. 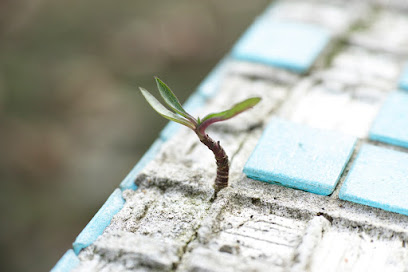 This is his husband and he is a very faithful husband. Often his wife used to tell him that if I die you will remarry but he promised his wife that no matter what happens he will remarry. He will not get married. ”But what happened to his wife?

“I felt sorry for her and asked her host.

“She was diabetic and had high blood pressure. When she had a stroke, she lost her mental balance as well as her legs.”

Doctors have been responding for a long time and want the woman to be free from the ventilator. (The ventilator is artificial breathing and heartbeat) But her husband wants her to live. But one day she will recover mentally.

Her heart will start beating automatically and she will be able to walk on her own feet. The doctors here have answered, of course, but he does not believe it. His two young sons are married in their own homes in the same city. Living a good life with children but this person’s house is broken.

He sits here for hours, reads the newspaper, talks to her even though he is unconscious, but he talks regularly and does so so that he may come to his senses after hearing her voice. ”

“So their sons don’t come to the mother? They don’t care about the mother?”

Responding to my question, my sister said that this family is Pakistani. The children also take care of the mother but not as much as the father does.

The kids running their stores here are so busy that they don’t have much time. ”

“The children should bring the mother to their house. Both sons can see the mother in turn.” I was forced to say, “Keep it.” His wives also work to take care of the house. There should be full staff regularly. Therefore, it is considered necessary to keep them in the nursing home so that in case of an emergency, they can be taken care of in the hospital.

This man has divided the property and given it to his two sons and he is spending all his share on his wife. A private nurse is appointed for the night and a nurse for the day. It is so expensive but this man is spending money like water on his wife so that it may be saved.

He himself is not sure whether he will survive or not, but as long as he breathes, there is hope. He is holding on to hope and is always praying for his wife’s recovery. ”

As I was walking home from the nursing home, I kept thinking that people would have other wives if they had good wives, then husbands would not be so faithful. Most women cry and tell stories of their sorrows. How much cruelty her husband inflicts on her.

He arranges a second marriage with them, but this man lives in a free country where people change allegiances very quickly, but he is fulfilling the promise he made to his wife. It may be, but maybe it is the fear of God or the love of the wife that is unable to do so.

I thought it was a strange thing. But there are all kinds of people in this world who are both unfaithful and loyal. I was really impressed to see this example with my own eyes and for a long time this person’s loyalty has been on my mind There was hope that he held on to despite a serious illness.