Saadat Hassan Manto was an Indo-Pak Urdu veteran and renowned author, novelist, essayist, playwright and short story writer. He was born in Ludhiana district of Punjab British India and died on 18 January 1955 in Lahore. Manto began his career translating some Russian and French authors when he was inspired and inspired by Abdul Bari, a scholar at Aligarh University. Soon, he started writing short stories and gained popularity. 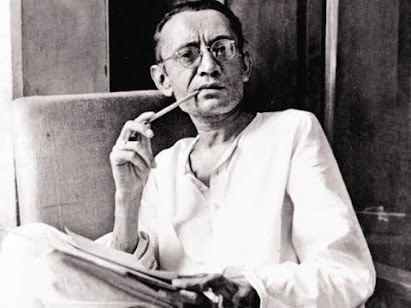 He is considered one of the most influential writers and critics of the 20th century. He is known for his writings on the harsh realities and hard truths of society that no one dared to talk about. He wrote on various aspects of society, including prostitution and their status in society. His work is unconventional but still moving and is based on non-fiction stories. Through his writings, he has portrayed the horrible and frightening aspect of society and can predict the same thing that is happening in our society today.

Furthermore, he was a direct and outspoken speaker who was not only a writer of the society but also a mirror who showed the society his true face which he did not want to see. He also recorded the worries and anxieties of the people during the partition. Some authors write that Manto personally opposed the partition of India and Pakistan. But later, he decided to migrate after independence in 1948 and remained in Lahore till his death.

He also wrote about 22 collections of short stories, five series of radio dramas, three collections of essays and one novel. As a result, he not only faced criticism but also faced six cases of obscenity and pornography before and after the independence of Pakistan due to which in some of his stories there was meat, dhawan, kali shalwar. Included. Manto’s place in Urdu literature has been controversial because he chose to write on topics on which he was described as rebellious and in some cases insane, but he never stopped writing to get his point across.

As he once said; “I consider my writings to be a reflection of the society in which we live. If you can’t stand these stories, then society is unbearable. Who am I to take off the clothes of a society that is naked? Don’t even try to hide because it’s none other than my job as a dress maker.

In addition, many of his short stories were filmed, including his biography, which featured two Pakistani artists (Sarmad Khost in 2015) and an Indian (Nandita Das in 2018). His notable works include Toba Tek Singh, Ugly, Angels, and the list goes on. Subsequently, he was later awarded the distinction on the occasion of Independence Day 2012.

Therefore, those who read Manto understand his writings better and take great pleasure in doing so. He was highly praised and respected by his readers. He died of cirrhosis of the liver due to alcoholism and was buried in Lahore.

Saadat Hassan passed away but Manto is alive in the hearts of his readers forever.