Lesson NO: 1 The Saviour of Mankind 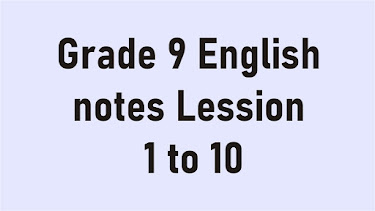 1.   What kind of land is Arabia?
Answer: Arabia is a land of unparalleled charm and beauty. In the shining rays of the tropical sun, there are endless deserts of sand dunes.
2.   Why was the Holy Quran sent in Arabic?
Answer: The Quran was sent in Arabic because it was an expression.
3.   What qualifications were the Arab famous for?
A: He was known for his sharp memory and eloquence.
4.   What was the condition of mankind before Akram?
Answer: Humanity is on the brink of anarchy. Their civilization was falling apart.
5.   Why did Hazrat SAW stay in Hira Cave?
Answer: He spent days and weeks in the remembrance of Allah. He was there alone and meditating.
6.   What was the first revelation?
Answer: “Recite in the name of your Lord Who created: a man created from a clot of blood. Recite and your Lord is the Great Writer. Was. “
7.   Why did the infidel Arab threaten the uncle of the Holy Prophet?
Answer: The disbelieving Arabs asked their nephew to stop preaching the message of Allah.
8.   What did Ayesha say about the life of the Prophet (SAW)?
Answer: He said, “His morals and character are an embodiment of the Holy Qur’an.”

1) How would you define patriotism?
Answer: Patriotism means love for one’s country.
2) What are the characteristics of a patriot?
Answer: A patriot loves his country and is always ready to sacrifice his life for the country.
3) As a citizen of Pakistan, what are your duties for your country?
Answer: As citizens of Pakistan, we must abide by the laws and remain loyal to our country.
4) What do you need to be aware of as a result of foreign invasion?
Answer: The spirit of patriotism keeps you alert as a result of foreign aggression.
5) How would you describe the statement of Quaid-e-Azam Muhammad Ali Jinnah?
“We need to create a sense of patriotism that will make us a united and strong nation.” Answer: Quaid-e-Azam. Gave us the idea of ​​being a strong and united nation.

Lesson NO: 3 Media and its Impact

1.   What happened when Abu Jahl asked about Hazrat Abu Bakr Siddiq?
Answer: She said, “How will I know?” Hazrat Asma replied politely.
2) How did Hazrat Asma comfort her grandfather?
Answer: He collected some pebbles and forced his blind grandfather to touch them and said that Hazrat Abu Bakr has all this wealth.
3) Why was Hazrat Abu Qahafa (LA) worried?
Answer: Hazrat Abu Kohfa was upset to think that Hazrat Abu Bakr (RA) had left his children helpless and taken all his wealth.
4) Who was Hazrat Abdullah bin Zubair?
Answer: Hazrat Abdullah bin Zubair was the son of Hazrat Asma.
5) Which event showed the love of Hazrat Asma to the Prophet (S.A.W)?
Answer: At the time of migration, they offered useful services. He prepared food and provided it to Prophet Muhammad (peace be upon him) in Thar Cave.
6) Which incident in the story tells about the generosity of Hazrat Asma?
Answer: When Hazrat Asma. When he inherited a garden, he sold it and gave all the money to the needy.
7) What message do you get from the life of Hazrat Asma?
A: We get a message that we should live a life of bravery and generosity. We must have true confidence.
8) “His life will always be a beacon of light for all of us.” How?
Answer: Her life will always be a symbol of life for all of us because she lives a life of bravery and generosity.

Lesson NO: 6 Quaid’s Vision and Pakistan

1)   How much confidence did Quaid-e-Azam have in his nation?
Answer: Quaid-e-Azam had great confidence in his nation because he believed that his nation was made of sterling material and was second to none.
2)   What was the concept of Quaid for our nation?
Answer: Quaid’s idea was that we are a nation based on different religions, civilizations and cultures.
3)   What was the ideology of Pakistan in the opinion of Quaid-e-Azam?
Answer: The ideology of Pakistan was that Muslims are a free nation. No one can integrate their political and national identity.
4)   4) What are the possible solutions to our current problems?
Answer: Our current problems can be solved by following the Quaid’s ideology of unity, faith and discipline.
5)   5) How can we become a strong nation?
Answer: We can become a strong nation by following the advice of the Quaid. “Work, work and work.

1.   Why is Sultan Ahmed Mosque also known as Blue Mosque?
Anas Sultan Ahmed Mosque is also known as Blue Mosque because its interior is decorated with blue tiles.
2.   Who was appointed the architect of the mosque?
Answer: Syedefar Mehmet Agha Sultan Ahmed was appointed the architect of the mosque.
3.   Why was a heavy iron chain hung on the door of the court?
Answer: Demonstrating humility before Allah, a heavy the iron chain was hung on the door to lower his head.
4.   What does the interior of the mosque look like?
Answer: The interior of the mosque looks beautiful due to its beautiful designs and decorations.
5.   What do you think was part of the madrassa and a hospice mosque?
Answer: It was the custom of the time that the madrassa and the hospice were part of the mosque.
6.   Who built the Sofia Mosque?
Answer: The Sofia Mosque was built by Justinian as a church but was later converted into a mosque.

1) Why did the nurse ask Hira’s sister to come and talk to her?
The nurse asked Hira’s sister to speak, thinking that her voice could activate dead neurons.
2) Why didn’t the nurse agree with the doctor’s point of view?
Answer: The advice to leave the patient for no reason did not seem right. Therefore, the nurse did not agree with the doctor.
3) Why did the nurse ask herself this question:”
Was it worthwhile to oppose and oppose the decision of the senior and more qualified surgeons?”
A: Because she was optimistic about Hira’s recovery.
4) Describe the characteristics of a nurse in a story.
Answer: The nurse is very caring and kind. He is full of the spirit of saving the world.
5) Why did the nurse say: “Where there is a will, there is a way”?
Answer: Because he achieved his goal and then said, “Where there is a will there is a way”.

The Arabs possessed a remarkable memory and were eloquent people. Their eloquence and memory found expression in their poetry. Every...