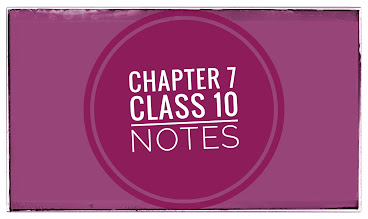 The poem was written by the Scottish poet Robert Louis Stevenson. In this poem, he shows both sides of the picture, the good and the bad. He loved children and understood them.

This poem explains that a person decides on goals according to his natural abilities and capabilities, one should not waste time and want to use all one’s energies in trying to achieve it. And don’t be attracted to anything, however beautiful it may be.

We are not here to pay, to dream, to drill, we have to work hard and lift a lot. Stop struggling, “God’s gift.”

Question 1 What does the poet see from the train?

Answer: He sees the beauty of this area. He also saw a boy who was struggling to make ends meet, a homeless man doing nothing but staring, and a man carrying an overloaded cart.

Q.2 What are the joys of railway travel for a poet?

Answer: The railway journey makes the post very happy. The natural beauty gives it an everlasting joy which includes meadows, daisies, mills, rivers, mountain plains, etc. He is happy because the thing of beauty is happiness forever.

Question 1 Akhtar did not answer his mother?

Dangerous answer, his mother did not answer due to stubbornness. He was feeling the cross and resentment because it was made with his own hands to do the work of servants and financiers.

Q.2 What did Mr. Inayat tell the children?

Answer: Mr. Inayat usually told interesting stories from different parts of the world. But on this special day, he told the children about the dignity of working with our hands.

س .3۔ What did Akhar say was the reason for the cross?

Answer: The reason for Akhtar’s grief and anger was that he was forced to. He believed that casting had diminished his greatness and that he was being embarrassed by his actions.

Q.4 What did the teachers do themselves?

The teachers swept the room and emptied the dustbin. The headmaster also took part in the activities by cleaning the bathroom.

Q.5 What did the Holy Prophet love?

Answer: The Prophet (peace be upon him) liked to work with his own hands for himself and others. He never felt ashamed of repairing and repairing his shoes, washing clothes and sweeping the room. He proudly joined his comrades in digging trenches during the trench warfare.

Answer: Yes, the Companions like him. He had a complete picture of the personality of the Prophet (peace be upon him) and liked to work with his hands. Hazrat Abu Bakr did not do his own work but also helped others.

Q7. Hazrat Abu Bakr? Did what

Answer: Hazrat Abu Bakr was the orthodox caliph of the Muslims. Following in the footsteps of the Prophet (peace and blessings of Allaah be upon him), he did all kinds of work, both for himself and for others. He took water to widows and neighbors who were very old and had no one to work for them.

Q8. What did Hazrat Fatima do?

Q9: How did Sultan Nasiruddin earn his life?

Answer: Sultan Nasruddin was a very pious emperor of the Muslims. He made his living from his lids, even though he could make money from the emperor’s treasury.

Question 10 What does everyone do in China?

Answer: People in China think that everyone should work. Everyone has to spend some time each year working in the fields or in an element. Even the Prime Minister and his wife do it.

The meaning of the words

The greatness of the work or the importance of the work stands in the sense of the dignity of the work This means that every kind of work is very good. It doesn’t matter how small or trivial it is. Working with our hands does not diminish our greatness and we should not feel ashamed of doing the work of daily life. Respect for work is very important because it creates a spirit of hard work that enables us to face the difficulties of life. It instills politeness in our personality and helps us to improve. It also makes us moral and social. Therefore, we must understand that working with our hands makes us respectable and great.