Edward Jenner, a British physician, was the first to introduce a vaccine against the dreaded disease of smallpox. 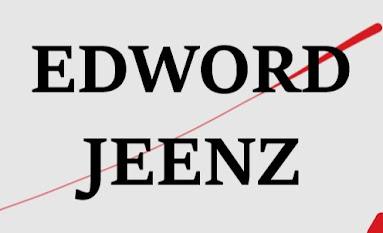 Today, we are grateful to Jenner that smallpox has been eradicated from the world. We try to forget the horrific deaths that have been caused by this disease in ancient centuries. It is so deadly that 10 to 20 of its patients Percentage dies.

Of those who survive, 10 to 15 per cent of smallpox cases are permanently aggravated by smallpox. Smallpox was not limited to Europe, but spread to North America, India, China and many other parts of the world. Disaster spread in the countries as well. Children everywhere were its desirable victims.

Efforts to prevent smallpox have been under way for years.

It was known long ago that once a person contracted smallpox, he would not get it for the rest of his life. In the East, this tradition was born out of it. The vaccine is given to those who have a mild illness. This is done on the occasion that a healthy person will also get a mild illness. And when a person is healthy, then it is always different Will be affected

This tradition was introduced to England in the early eighteenth century by Lady Marie Wortley Montgomery. It had become commonplace many years before Jenner was born. There was a great abomination in the raw precautionary measures. In this way, these healthy people would not have had a minor attack of the disease but would have had a severe and deadly attack that would have filled their whole body with scars.

The fact is that only 2% of those vaccinated suffer from severe smallpox. Obviously, a better procedure was urgently needed.

Jenner was born in Gloucestershire, England, in 1949. At the age of twelve, Jenner became an employer. He later studied Al-Abadan and began working in a hospital.

He received his medical degree from St. Andrew’s University in 1792. In the mid-40’s he was very successful as a physician and surgeon in Gloucestershire.

Jenner was aware of the popular belief among cowherds and farmers that if a person contracted gout, which was a cattle disease and could be transmitted to humans, he would be protected from smallpox for life. (Gothan Seattle is not a deadly disease for humans itself.

However, its symptoms are often similar to those of a smallpox outbreak (Jenner). There would be a safer measure. He researched the matter. By 1796, he knew that this public belief was correct. Swas decided to apply his method directly.

In May 1796, Jenner vaccinated an eight-year-old boy, Jenner Phipps, with a cowpox seed from a cowboy’s hand, as expected. Several weeks later, Jenner administered the smallpox vaccine to Phipps, but the baby showed no signs of illness.

After some further research, Jenner summed up his findings in a short book, Research on the Causes and Effects of the Smallpox Vaccine, which he published in 1788. Because of this book, the vaccine soon became widely used. Jenner later wrote five more articles on the vaccine. Just what

The use of the vaccine quickly became common in the United Kingdom. Soon it was considered necessary in the British Army and Navy as well.

Jenner allowed the general use of his method and did not think of making a profit out of it. However, in 1802 the British Legislature gave him a reward of ten thousand pounds as a token of gratitude. Bless him another twenty thousand pounds.

Jenner was the father of three children. He died in 1823 in his hometown of Berkeley.

As we have seen, Jenner was not the founder of this idea. This idea was common, but it is effective against smallpox. He heard it from others. It was also heard that a few people before Jenner came forward. The experiments were performed by injecting the contents of Amadgothan Sitla.

Although Jenner was not an astonishingly real scientist, few people have ever benefited humanity from any of his actions. Through his research, experiments, and writings, he developed a popular belief that medical experts have never regarded. Jana gave a dignified status which was used by countless people. So although Jenner’s method can be used to prevent the same disease, but this disease was not insignificant. He really deserves this honor. Which has been given to him by his descendants and all subsequent generations.