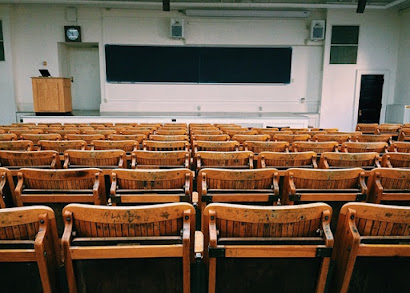 I wrote a letter to the Prime Minister six months ago today stating that the Higher Education Commission is a representative body of a particular mafia. Instead of promoting research, it has turned the country’s teachers into artists. Teachers love education less and grades more. They are being taught the art of serving their seniors and their flattery and presence instead of students. A professor who was recently promoted told me that he has found the secret to progress, that there are less teaching and less voice. Look more to the right and left of the Chancellor. That’s the decent thing to do, and it should end there. I think the Higher Education Commission is a bigger and more dangerous mafia than sugar and petrol which is bent on wreaking havoc on the nation.

There are very few current officials who have seen the shape of the classroom from time to time, otherwise, most are non-professionals. He has little education and extensive experience in showing the rulers a green garden and so on Based on their experience, they are still working and destroying the education system. Revolutionary reforms of any kind are not their only concern. The former University Grants Commission was a much better institution. It is better to break this institution and give universities the freedom to make their own decisions.

I also wrote that BS is purely a degree of information. The teacher’s job is to give students complete information about any subject at this level. The Higher Education Commission has eliminated teachers from universities due to its wrong policies. Now there are only researchers in the universities. But BS classes have been started there. No one thought who would teach there now, most researchers are not good teachers. The mood of the teacher and the researcher is different. Researchers don’t just cover the whole subject, how the subject will come to the students, but degrees are being awarded. Education is being ruined in such a way that when those responsible realize it, the tide has turned. The old researchers in the universities are the spoils that they can even read to some extent.

The new researcher is blessed by the Lord that he has access to computers and in the name of research, he has been given an excellent cut-and-paste education to put a hatchery of research papers. Art has been taught. But teaching is not their only concern. The limit is that the new people the university sends to teach in the classroom do not have even a day’s experience of teaching.

The previous two-year BSc and two-year MSc were changed to four-year BS and two-year MS or M.Phil. Has anyone ever wondered what has changed except for two more years? The same four-year syllabus was distributed over six years. Nothing new added. No one has ever asked research propagandists if you are making long leaps in grades based on research, but a part of a research paper has ever been included in a curriculum. Once upon a time, his research at the national level was taken advantage of. No industry benefited from any of his new work. Yeah Al that sounds pretty crap to me, Looks like BT aint for me either. They are not ashamed to advertise such research. These people can only imitate. Their intellect is also dedicated to imitation.

The Higher Education Commission has recently allowed BS students to pursue PhD without completing M.Phil. I’m glad it’s a good decision and maybe a rewarding process. The way the PhD mafia had eliminated good teachers is now coming to an end due to its own incompetence. The little fraud that is taught in the name of research in M.Phil, even if it is eliminated, is still in the knowledge of the students. It won’t matter. Students studying in colleges will definitely benefit from this because colleges still have the best teachers today and they impart complete knowledge to the students in four years and prepare the best while university students in comparison to them in education. Are far behind. Researchers say the cycle of grades has destroyed universities.

Ordinary people like me thought that the present government would take some good steps to improve education. But it has also eroded what little merit there was in education. The most incompetent people are being appointed vice chancellors who know nothing but to please the ministers. The ministers use them for their own interests and this is what happens. Once the investigation is done, the fortress of the great pious will open. As the Federal Minister of Education is an old bureaucrat, he may be able to write drafts, etc., but in order to improve education, it is necessary to know the education system at all levels and possess a very sensible and understanding mind. All those responsible are missing. Perhaps the government itself is not in favor of any major change.

An amount of Rs 64 billion has been earmarked in the budget for higher education. A large part of this amount will be consumed by the Higher Education Commission itself. The enemies of white elephants will receive their share of grain. Universities will not be able to get their due. If the government is serious about education, in my opinion, the Higher Education Commission should be abolished immediately. At least three years of experience should be required for the recruitment of lecturers in universities. The joke of promotion only on the research paper should be removed. The teacher is confused with his students.

Most of the universities nowadays do not have a Pro-Vice-Chancellor at all and if they do, a Junior is appointed at the discretion of the Vice-Chancellor who feels more like the Private Secretary to the VC than the Pro VC. The selection of these two posts Must be free from any political pressure. A Vice-Chancellor who has completed a term in any university should not be re-appointed to any university for any term. Universities should be independent and have their own system of accountability and that should eliminate those who steal work. The chain of imported vice-chancellors should be closed completely. On the one hand, the outsider is not aware of the ground realities here, on the other hand, everyone knows that he has come with a special reference and is arbitrarily exaggerated. Unnecessary concessions are showered on him. When in fact he would always be incompetent